So I’ve had a Midway Bosconian cabinet for a while that I acquired converted to Krazy Bowl, and then swapped in Capcom Bowling myself. Part of that initial conversion, performed long ago by an operator, was to switch the game from Bosconian’s horizontal monitor orientation to the vertical orientation required for Krazy Bowl. This was done using very questionable materials, with results that looked like this… 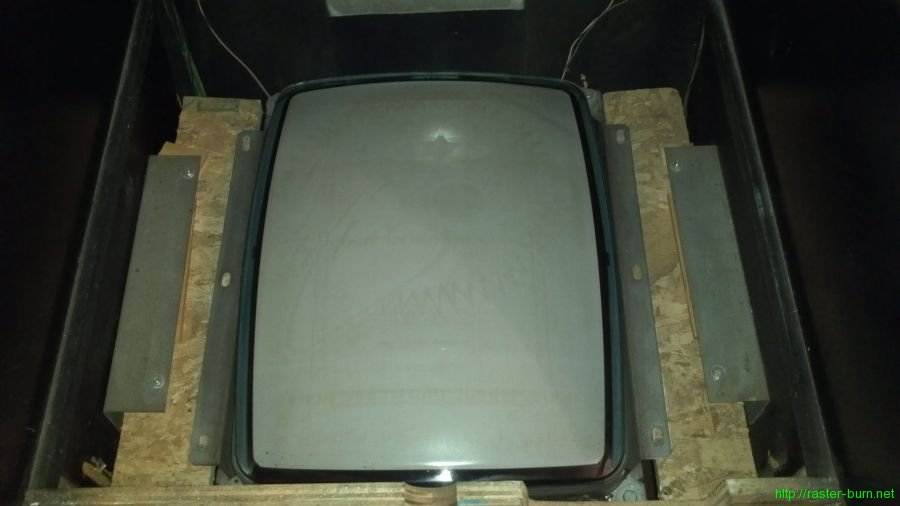 Scraps of OSB, a stack of shims, and drywall screws isn’t how *I* would have done it… So I replaced all that with something sturdier. While structurally sound that still left one staring at the guts of the machine while playing it. And, because this was never a configuration supported by the cabinet originally, no premade bezels would fit the thing since the monitor was now mounted several inches higher than usual to allow for the tube neck to clear the back of the cabinet. 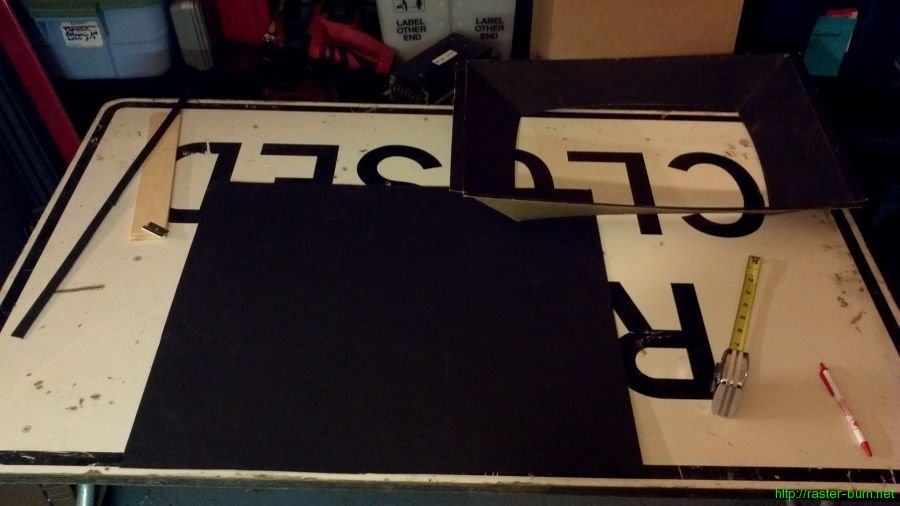 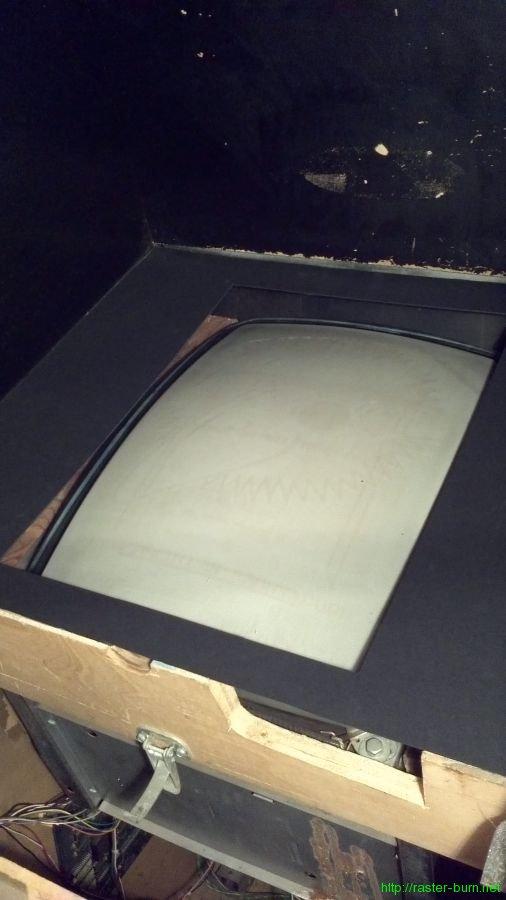 First step was straightforward: Cut the mat board down and make a hole for the monitor. 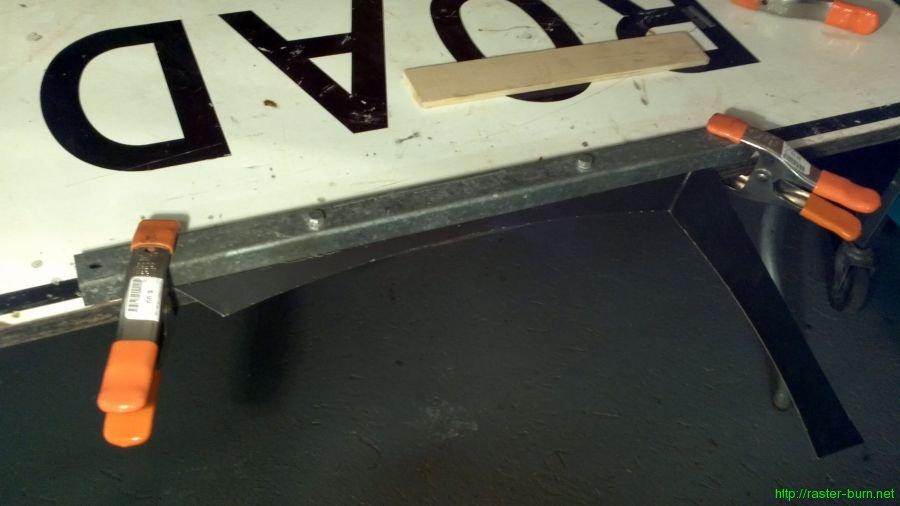 The next part took a little more craftiness. I measured the distance between the tube surface and the bottom of the mat board to determine how much clearance I had. It ended up being about a half inch at the middle of the tube’s curve along the long side. Then I measured from the new crease point in the bezel to the edge of the material to figure out how much excess I had, and trimmed it down allowing for about three quarters of an inch of material to glue to the mat board and hold the important part in place. Trimmed everything and then used a makeshift brake to make the new crease.

Test fit the one half of the bezel to make sure everything looked good, then cut down and creased the other half. 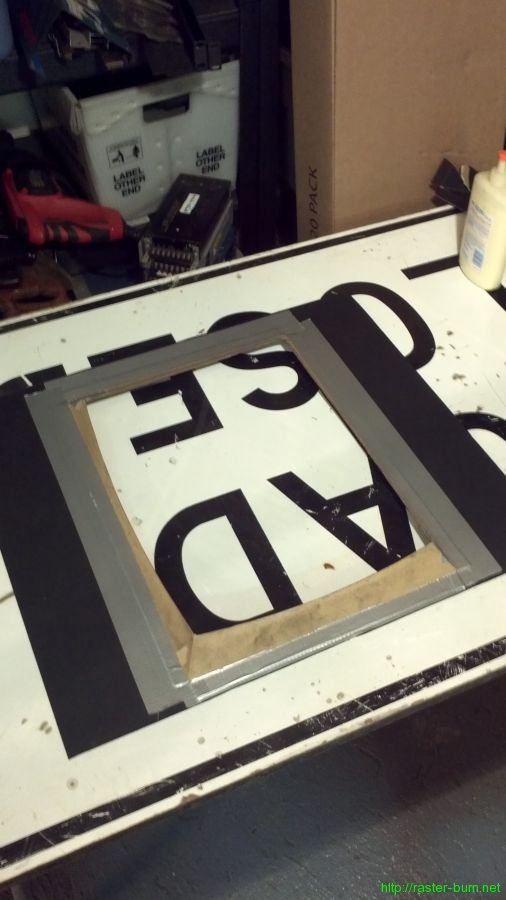 Then spent some time with it loosely taped together to adjust and get the tube centered in the new bezel. After getting it looking decent I glued down and taped the flaps to the mat board, and at the corners where the two halves of the curved bezel part come together. 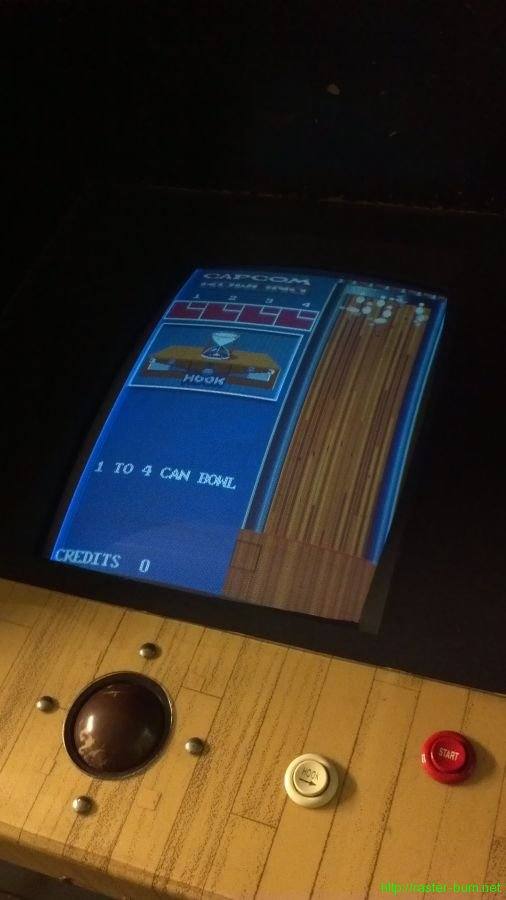 Just finished the arduous task of replacing all the capacitors on the board out of my office’s SNK Neo Geo MVS-6-25 cabinet. It’s a monster, roughly 16″x20″ and two boards stacked one on top of another. The top board is identified as NEO-MVH SLOT6, while the bottom is labeled with NEO-MVH MV6.

This monster board has a monster cap list, with a total of 39 capacitors required to totally fill it out. Thankfully they’re all labeled on board with which values go where (though voltages are NOT labeled so keep track!) The condensed list of everything I had to order is as follows:

I didn’t follow my advice and failed to note what exact voltages went where, but kinda felt it out based on the quantities and locations… Risky, but it worked. I fired the board up to test and the newly potent audio circuits startled the hell out of me since I’d left the volume slider at close to maximum from its previous weakened state.

While working it over I noticed that a few caps have incorrect labels screened on the board. In particular there’s a pair of 4.7μF caps with 4.7K screened at their position as though they were resistors.

Also ran a set of leads from the old battery location so I can locate a new rechargeable battery offboard once I source one.