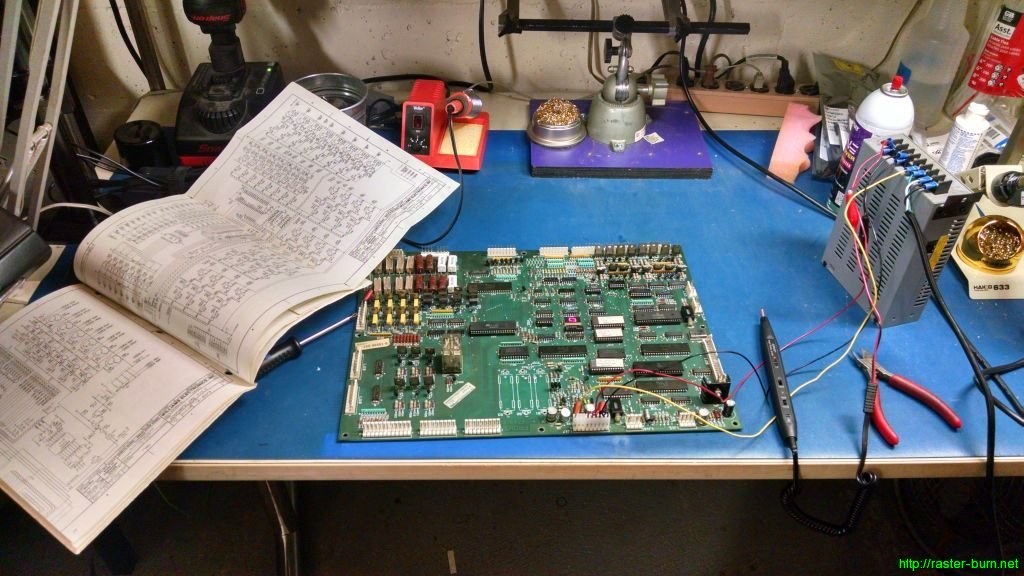 It turns out the issue with the outhole kicker solenoid wasn’t due to chips dying, it just looked that way because of the way the symptom manifested, and the way I was diagnosing. I’d been swapping in new 7408 chips, and that would let the solenoid work properly for a couple games, before it would go back to locking on.

Last week I ordered a logic probe to dig further into this problem, and once I had it in hand it took about five minutes to discover that, no, the chip was not dying. What was happening is that one of its input pins was not getting any signal, and as a result the output signal that controls the solenoid was not being provided. Using the probe I checked the trace to that input pin, and found it was showing what it ought to. Pushing on the chip socket would sometimes restore connectivity, too. The problem was just a bad connection, and the intermittent behavior I’d observed was happening because every time I swapped the chip it flexed the area around the socket, occasionally in a way that briefly restored the connection.

Whoever worked on the board last used a one piece socket, and I didn’t really want to yank the entire thing out since it was evident several jumpers were installed underneath it and I didn’t care to deal with that spaghetti unnecessarily. I ended up adding a Kynar wire jumper from input pin 1 on the chip to the next component back from it. Brought the board up on the bench and checked the chip, and its inputs and outputs for the outhole solenoid now looked good.

The lack of audio was super simple too. I found that one of the pins in the connector for the volume adjustment potentiometer had its retaining clip pushed in, allowing it to work its way out of the connector when plugged into something. It wasn’t visible at a glance but I noticed the wire move when I was reinstalling the MPU board after doing the solenoid driver repair. Fixed the loose pin, plugged everything in again, and the soundtrack is back! 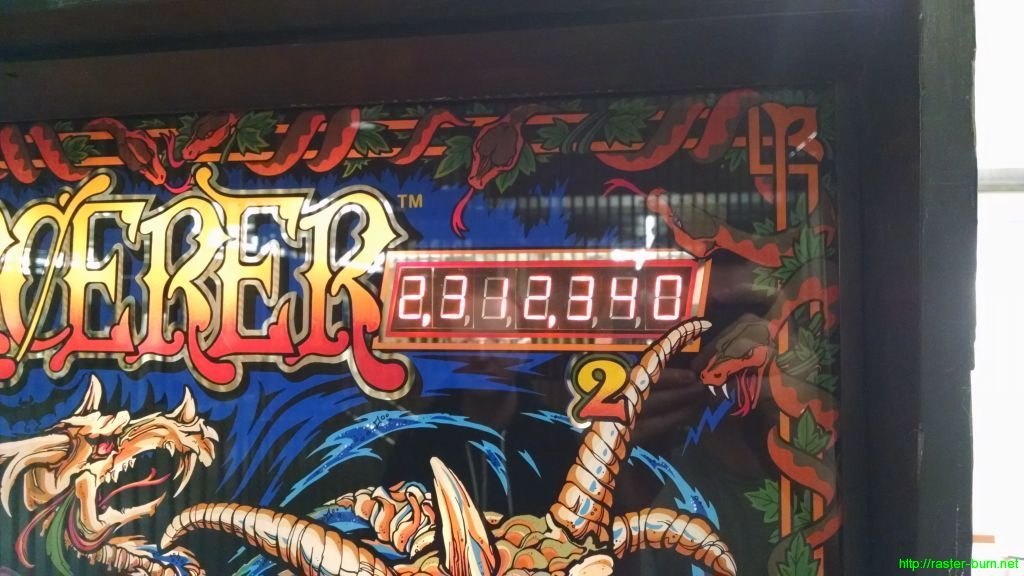 Traded one Nintendo for another over the weekend. I drove my R-Type project and a few Playchoice 10 carts (Mario Bros and Punch Out, for those keeping count) up to Tacoma, and came back with a Donkey Kong Junior and a DK3 kit. 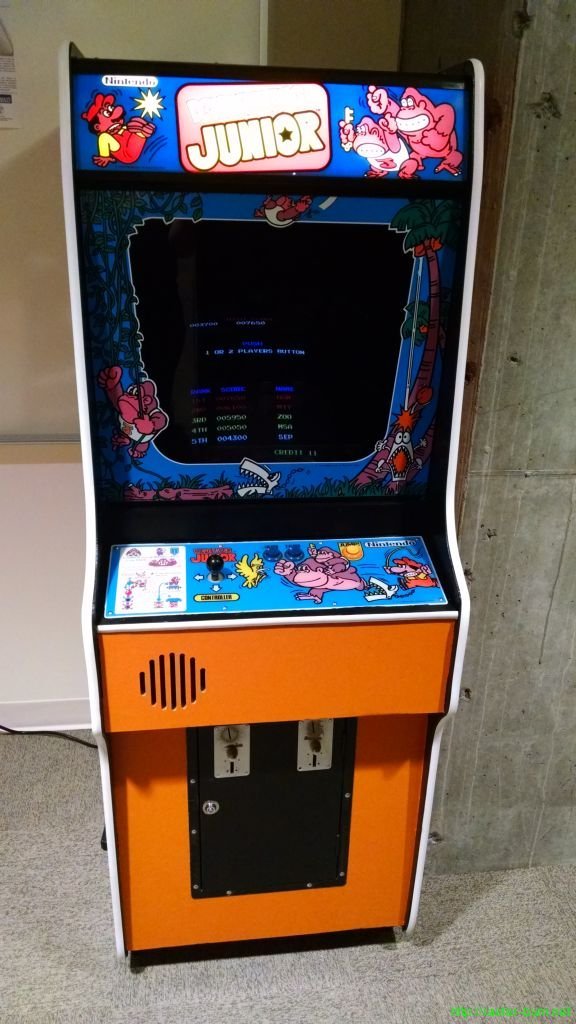 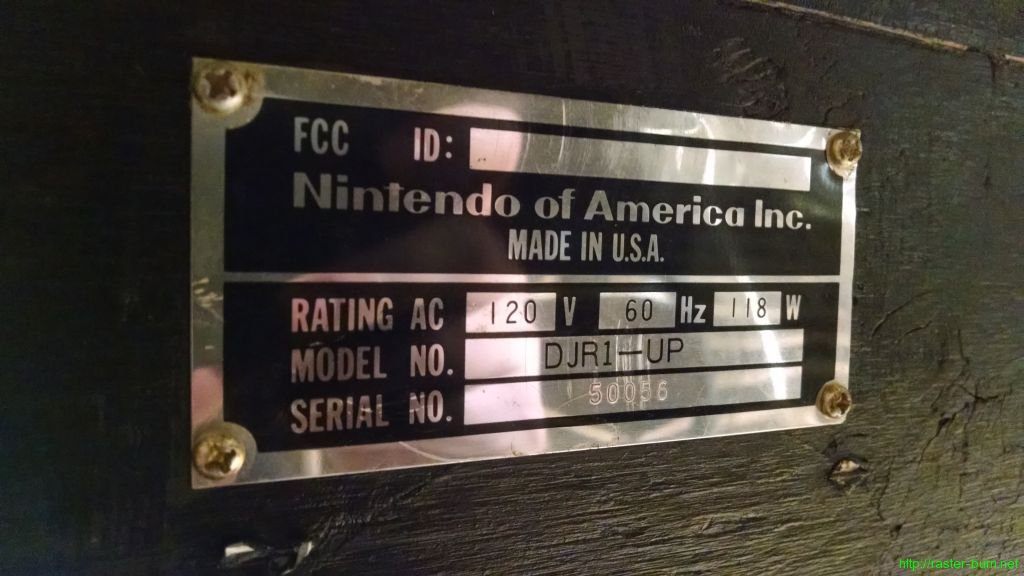 It’s a dedicated unit that doesn’t show any signs of ever having been converted, which is great! Unfortunately it’s also a US made DK Jr cabinet, which means it has particle board sides instead of plywood. When production was added in Redmond, WA to accommodate demand for the games in the US, some aspects of the cab design and materials were changed too, and the 1/2″ plywood used for the Japanese produced cabs was abandoned. This also means that the lovely new t-molding the previous owner installed actually isn’t wide enough, since it’s intended for the thinner plywood cabinets. 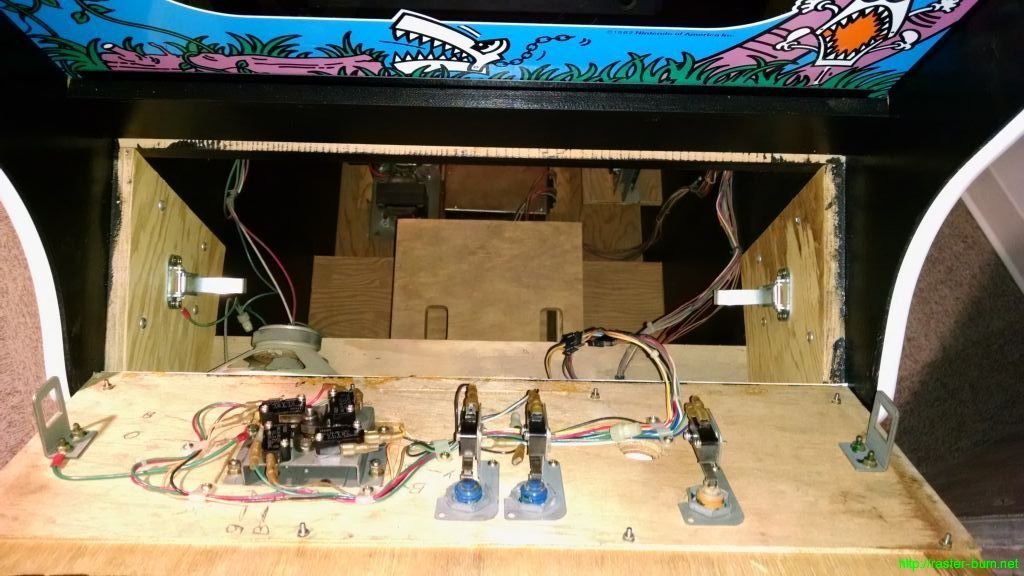 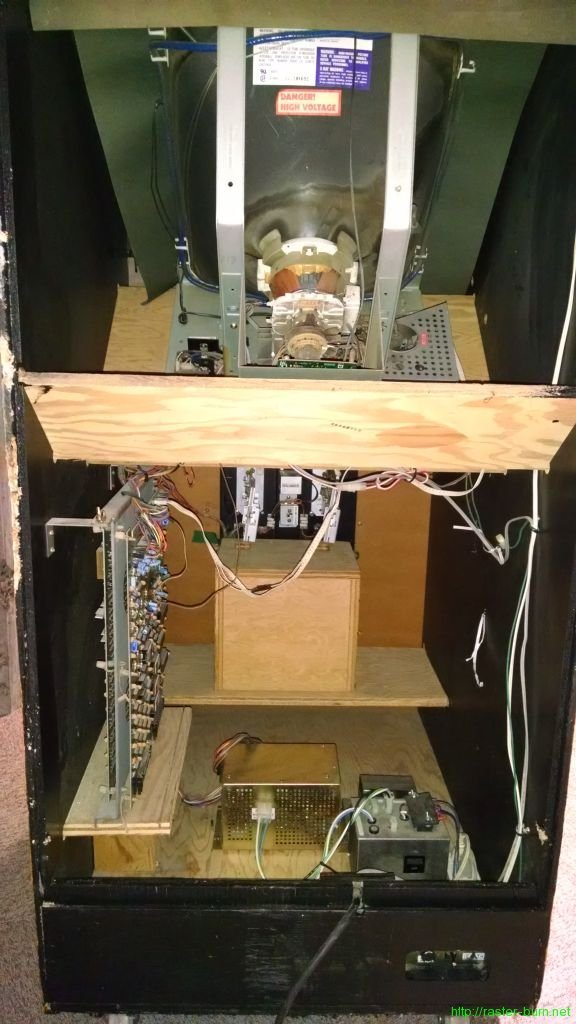 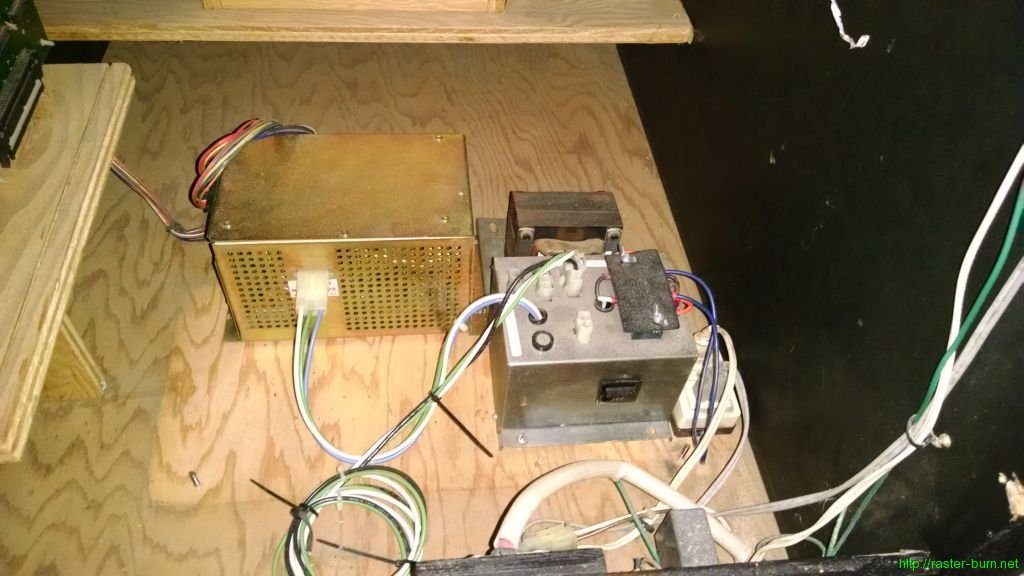 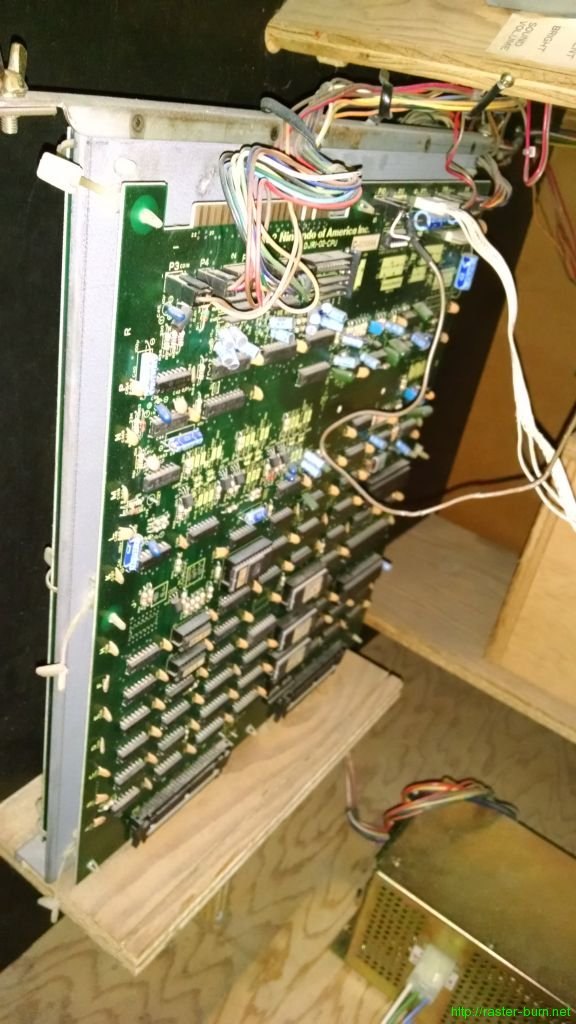 It plays, mostly… Though there’s some “slight” graphical issues that cropped up after my having moved it. 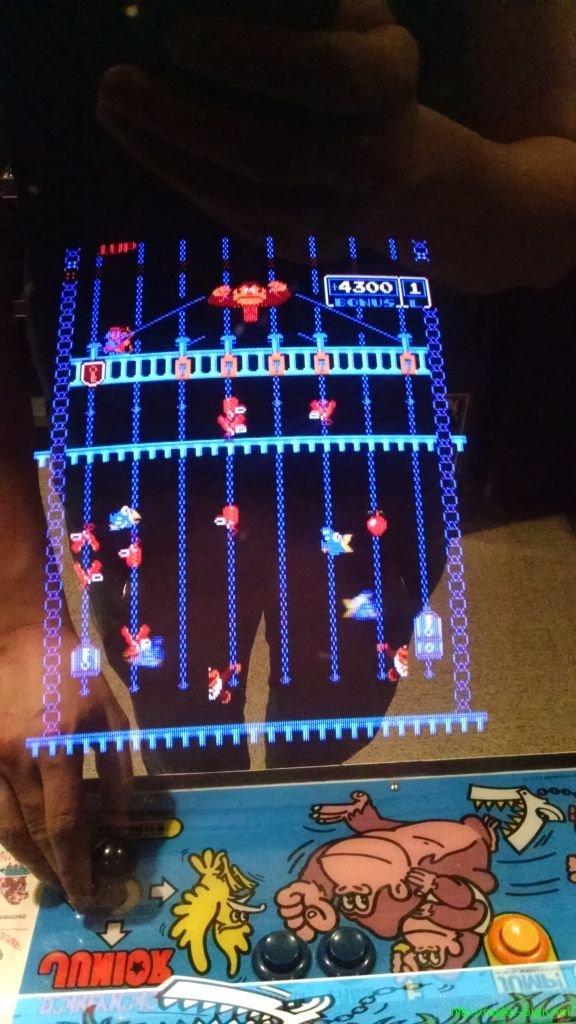 Need to go in and reseat the interconnect cables between the boards and see if that helps, they’re rather notorious for causing issues in Nintendo games. 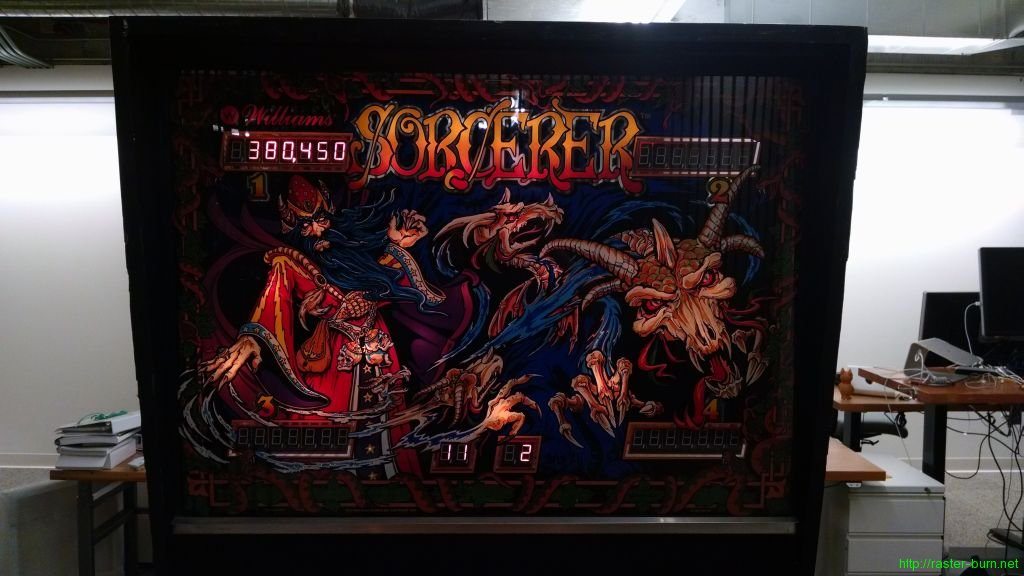 I got to play my first game of Sorcerer ever this past Friday. Found an allegedly clean and working System 9 MPU on eBay and snapped it up. The low resolution pictures hid a lot of shoddy repair work that I wouldn’t have described as kindly as the seller did, but after some reflow and fixing a few traces it does mostly work. Still no sound, but the game will play. 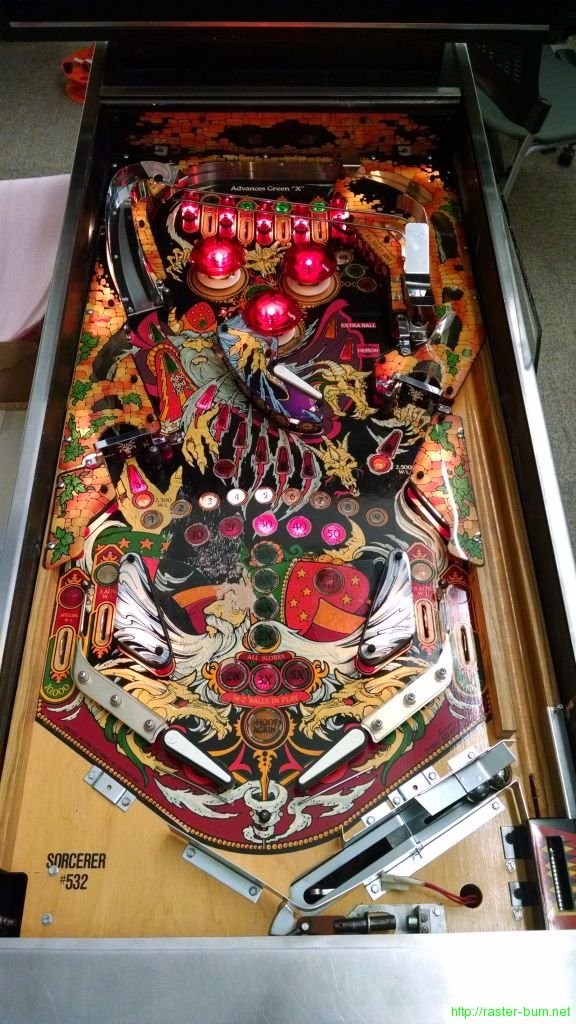 The outhole solenoid locked on when I powered the table up at first, and I went to the common culprit, the solenoid drive transistors. They were fine, so I crept up circuit from there and replaced the 7408 IC next in line. It’d already been socketed, which made me a little suspicious. The outhole kicker worked as expected next time I brought the table up, and I got a half dozen games in with no problems, but after another power cycle it was back to locking that solenoid on. So, something seems to be killing the 7408 in that transistor drive circuit. Lame, but I have some idea of what might be going on to do that. 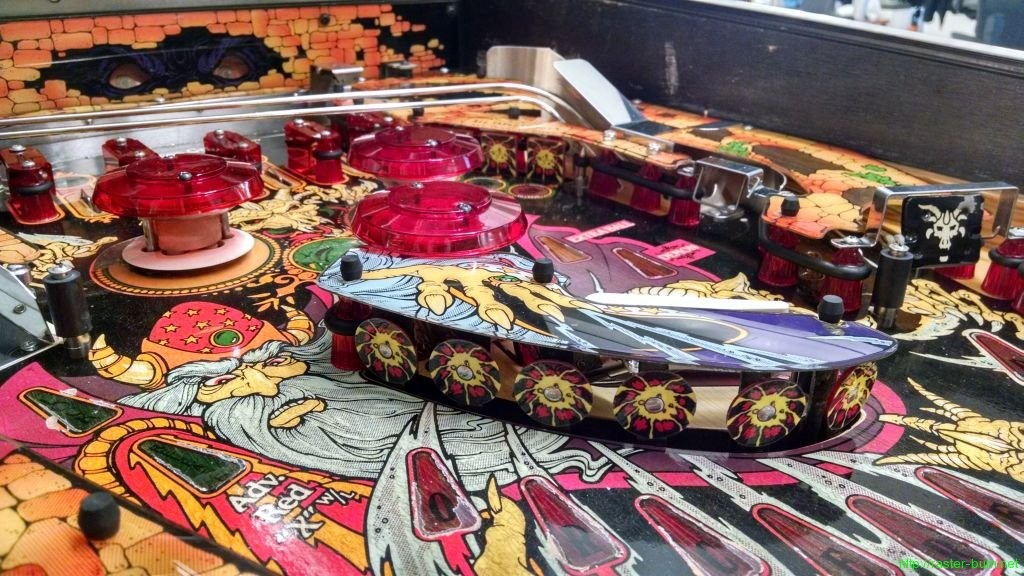 Prior to all that I also finished up the last of the playfield refurbishment. New decals for the targets from Action Pinball look great.

I was also originally going to replace the drop targets but ran into a snag with the early Williams style reproduction from Marco Specialties… I was sorta expecting it, since the part number called for in Sorcerer is different (A-9417), but it’s a little galling how minor the difference is while still making the repro part completely useless in my application. 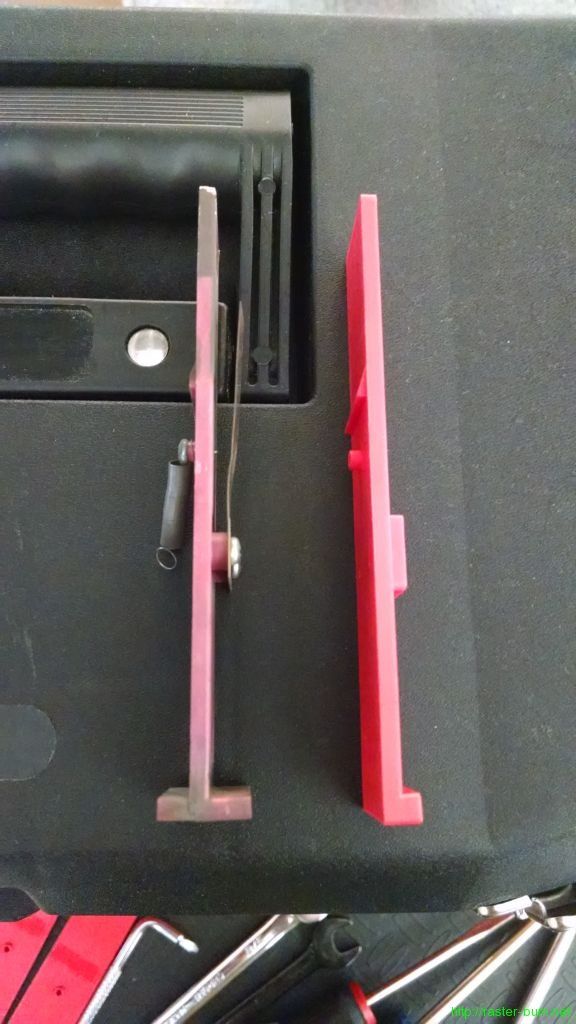 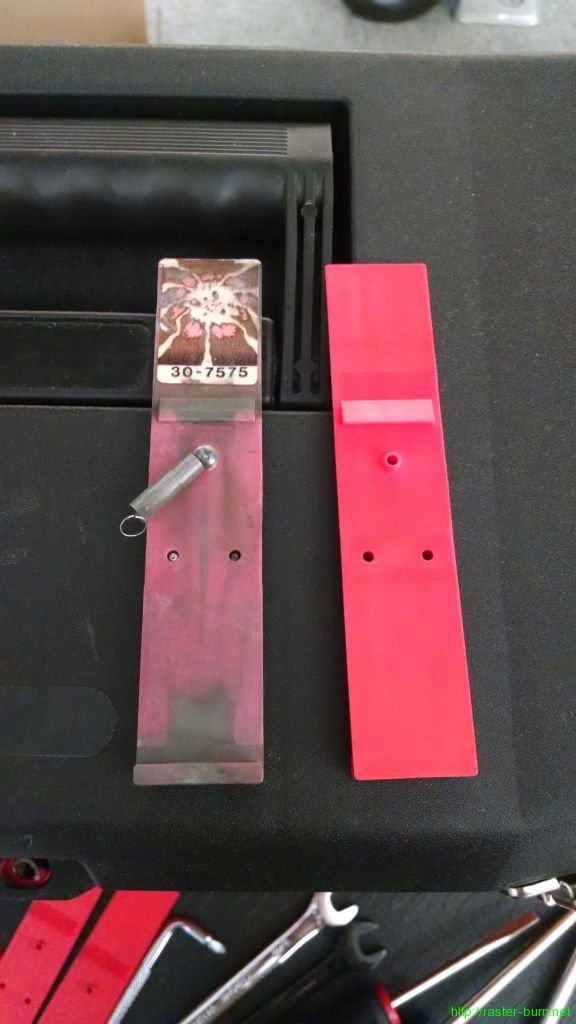 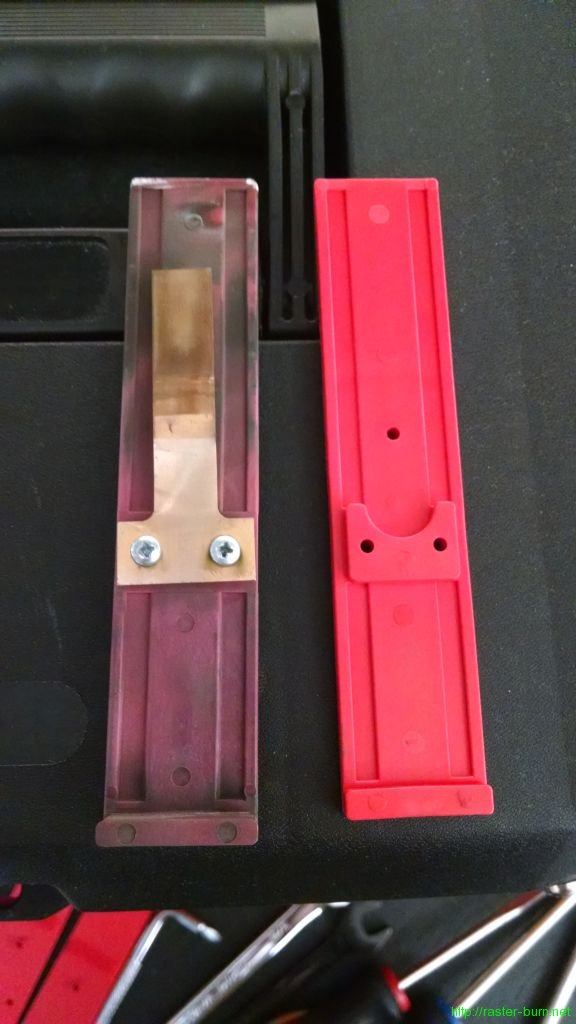 Original on the left, repro on the right. The repro is mostly identical, but it’s missing the little tab that extends off the bottom of the drop target towards the front, meaning it won’t work in this game since the mechanism to raise the drop targets relies on that tab. Fortunately none of the originals are broken, so I just cleaned them and popped them back in place.

I also rebuilt the three flipper mechanisms with new parts. It looked like the upper flipper assembly had never been rebuilt, while the lower two looked like they might’ve been refreshed at least once. 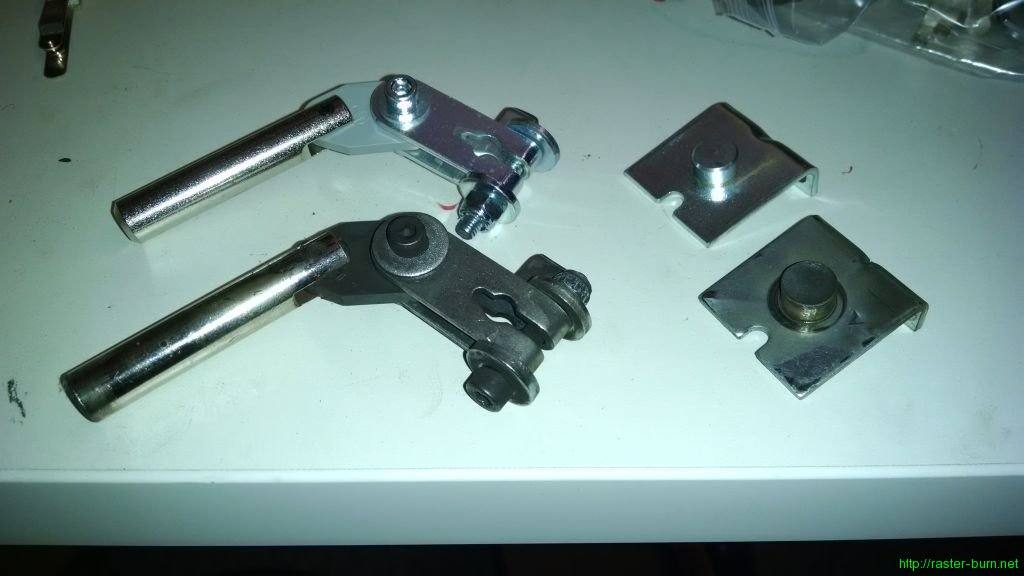 This picture illustrates why this should always be done, with new parts up top and the old below. The plunger (long metal rod on the left that gets drawn in by the coil) is mushroomed out from making contact with the stop, which can cause it to bind in or damage the coil liner sleeve. The stop itself has been hammered down to a concave shape, which will accelerate wear on the plunger.