I found myself in Depoe Bay last week. As one does in sleepy coastal towns, I spent hours in the antique shops that seem to make up half of the local businesses. Most of the treasures were out of my ranges of price or interest, but there was a shelf littered with old gas station maps in one of the antique malls and I picked out a half dozen old maps of Portland and Seattle for a buck each.

The Portland maps in particular are neat, because they predate the freeway removal efforts that came to dramatically affect how Portland’s downtown developed. In the maps Harbor drive still consumes the west bank waterfront. They also date to a transitional period when many of the highways that seem to have been there forever were only beginning to carve their destructive path through the city’s fabric. The 405 and 26 are dotted double lines that end halfway and the Fremont bridge is nameless, denoted only as “proposed”.

Below are excerpts from the maps detailing the downtown area. They are in order from oldest (1968) to most recent (1970). There’s a lot of detail there, let me know in a comment what else you see that has changed in the intervening forty years! 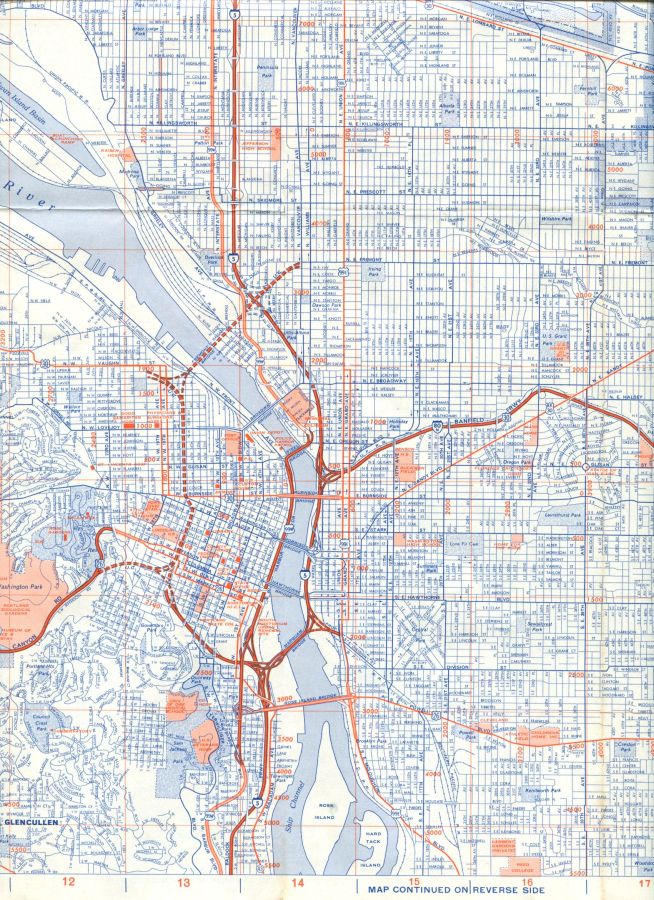 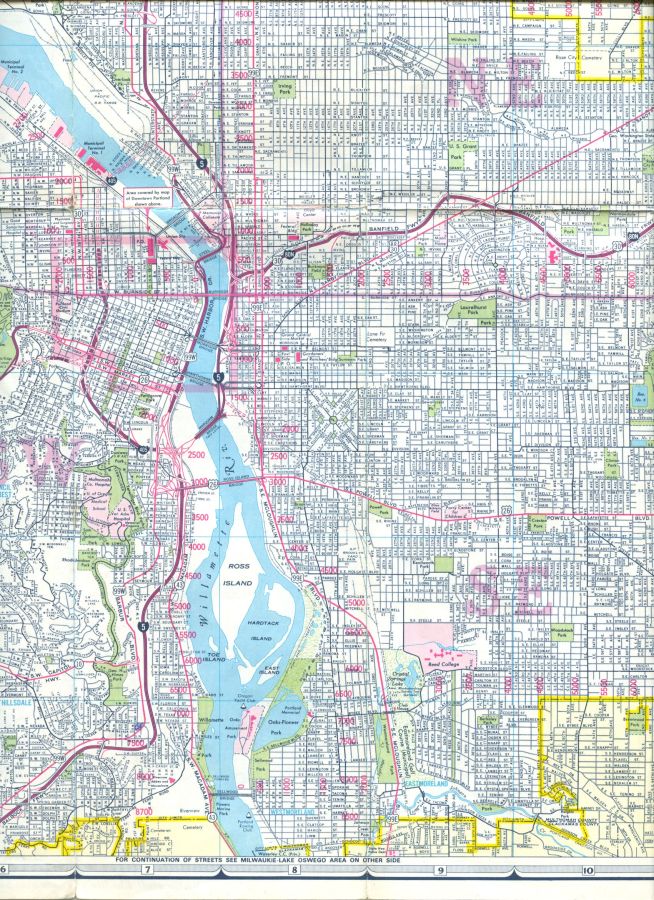 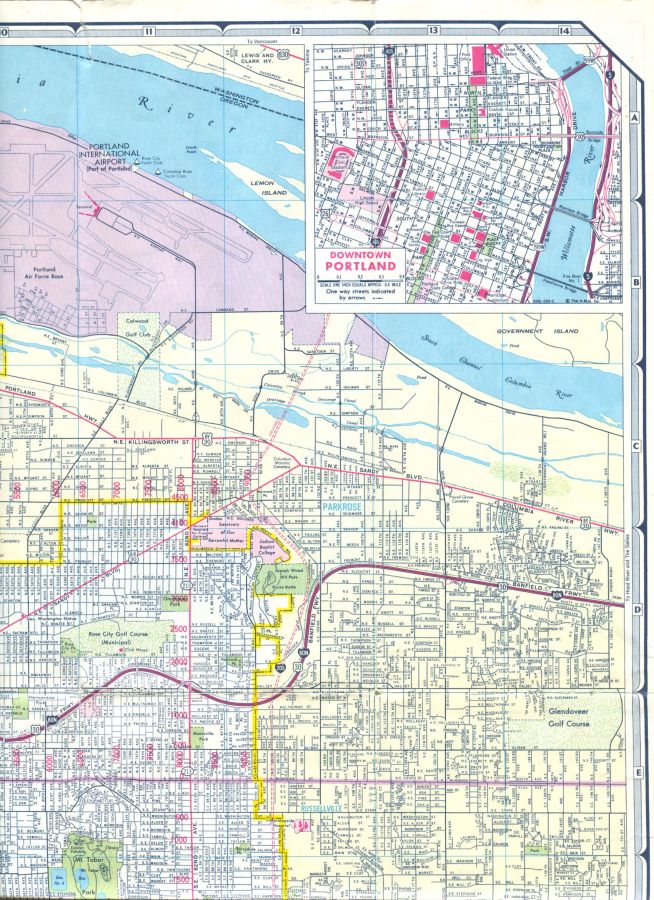 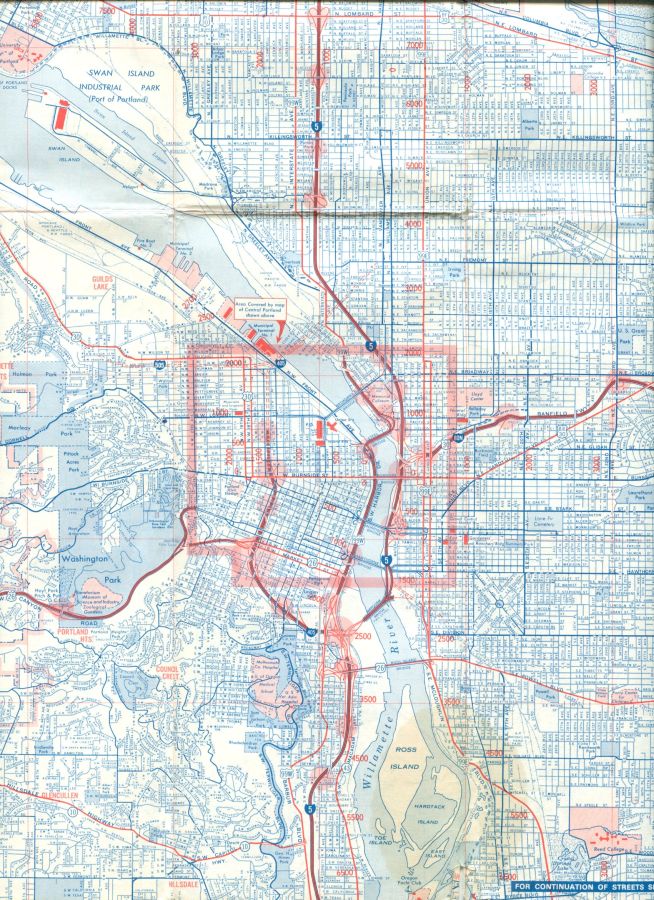 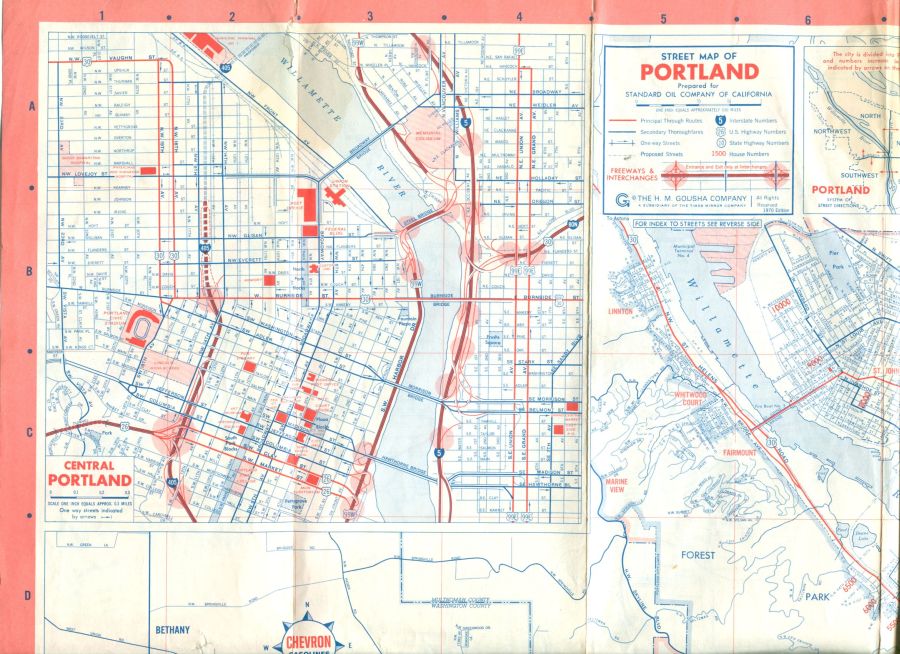 Some more reading about the removal of Harbor drive and other events that shaped Portland’s core:

How to Slay a Highway: Notes on the Mt. Hood Freeway and Harbor Drive 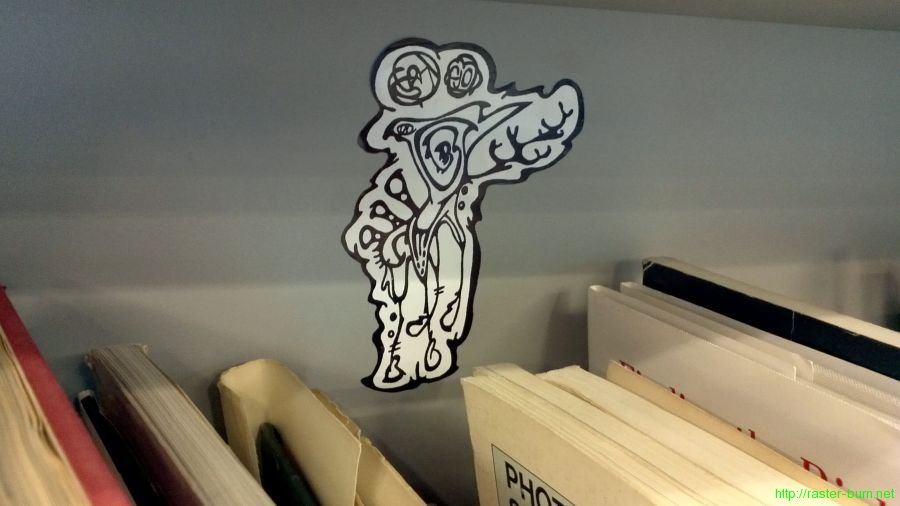 Two of many, many N.O. Bonzo pieces I’ve seen around 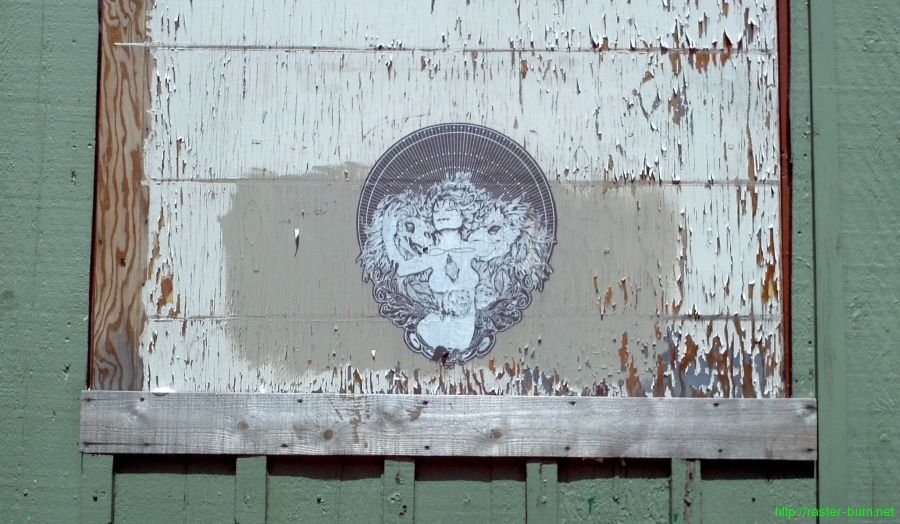 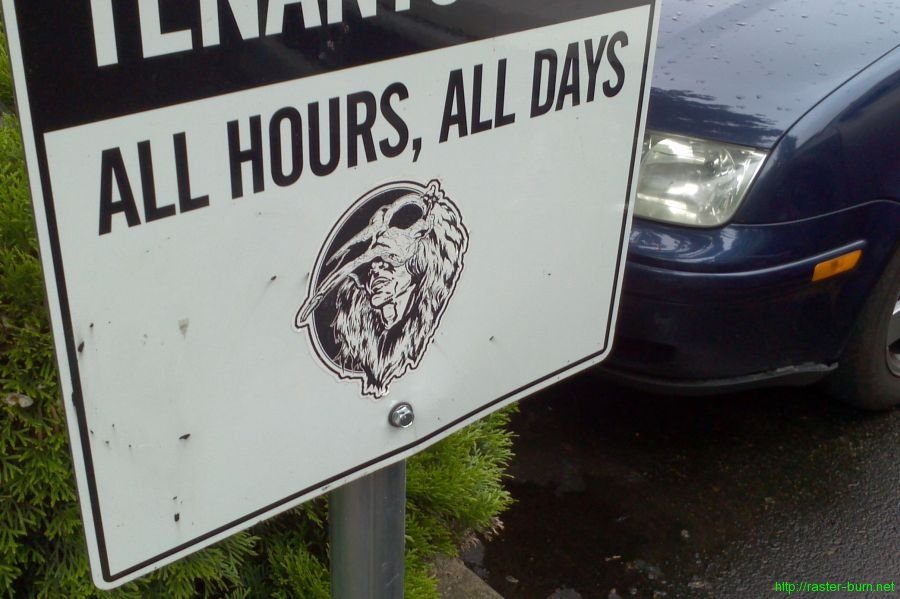 Part of the skull pandemic sweeping flat surfaces across the city 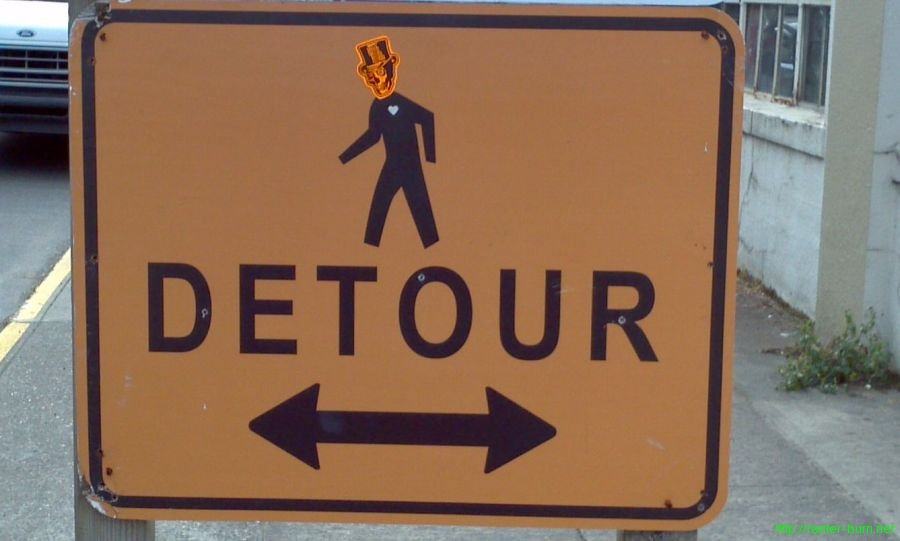 And some other stuff 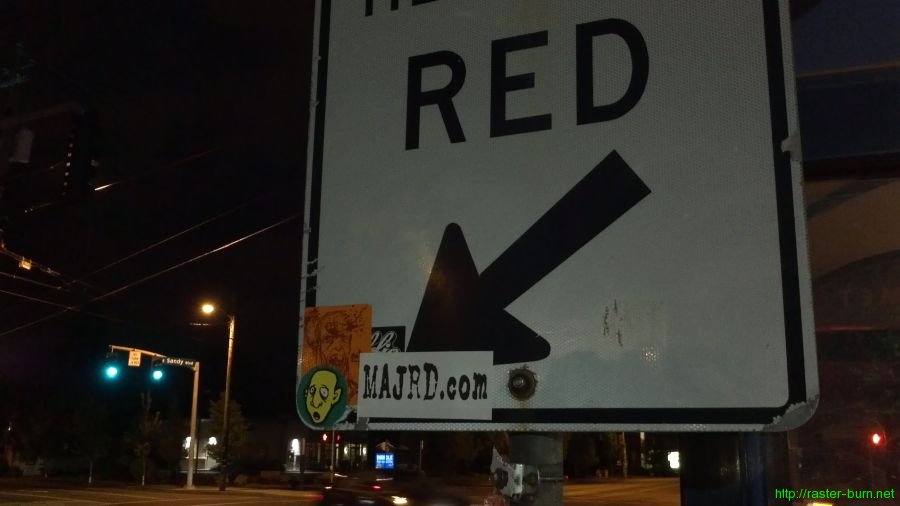 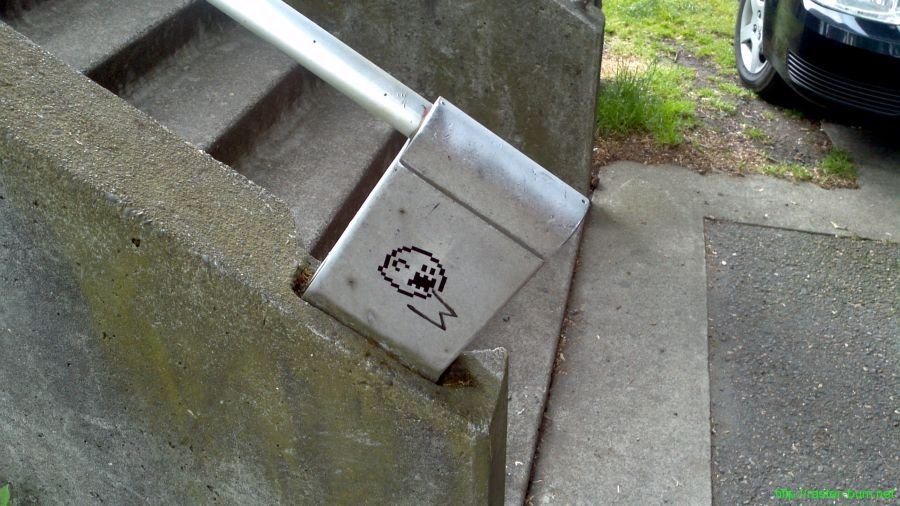 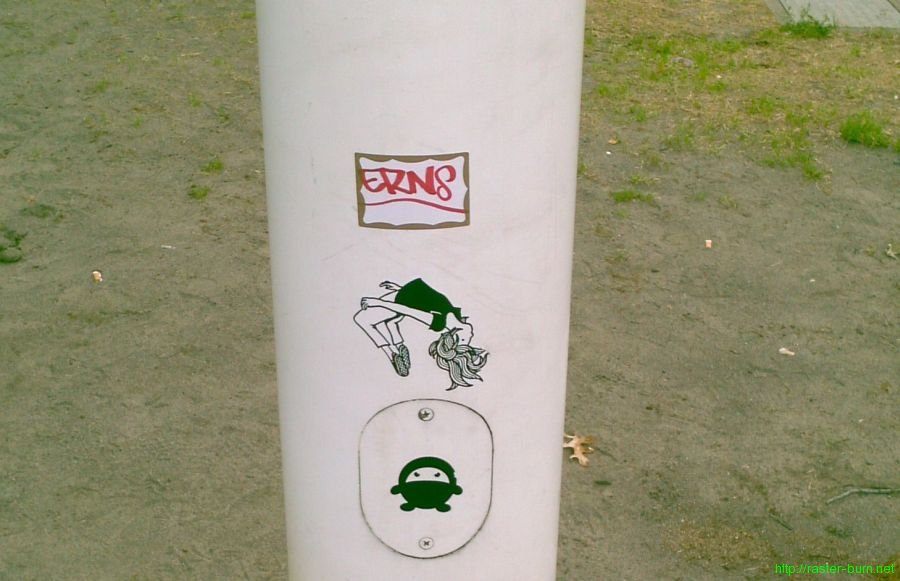 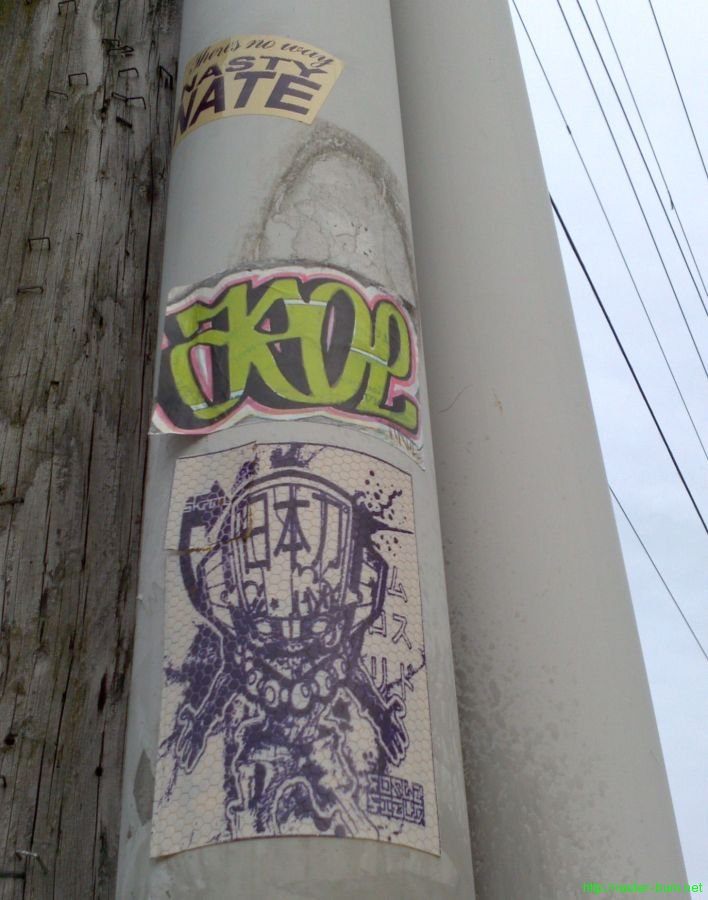 I wanna know how many people this tripped up 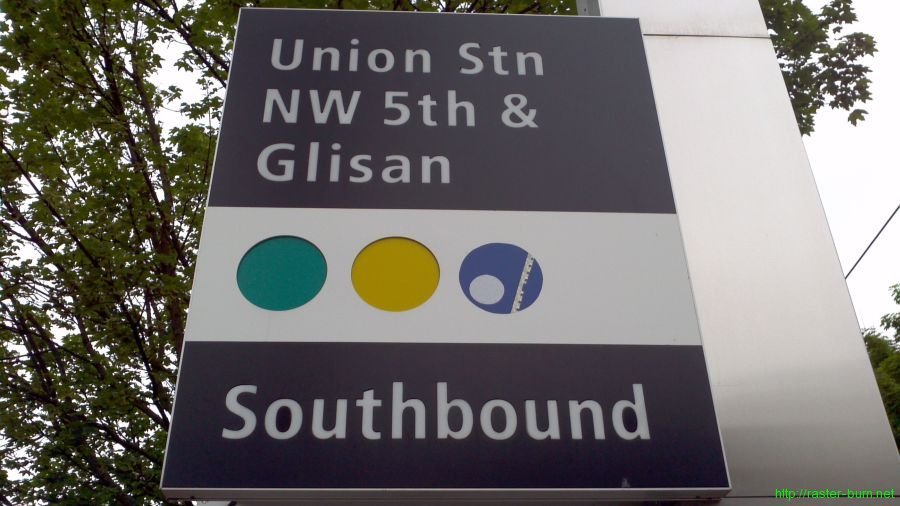