Spent today giving the mysterious ‘FF’ cab some love. I was initially working towards converting it to use the Mr Do! board I have but I found out the cabinet actually can’t fit a vertically mounted monitor without the back door smacking into the frame. Horizontal mount worked out, so the Do! Run Run board gets to stay. 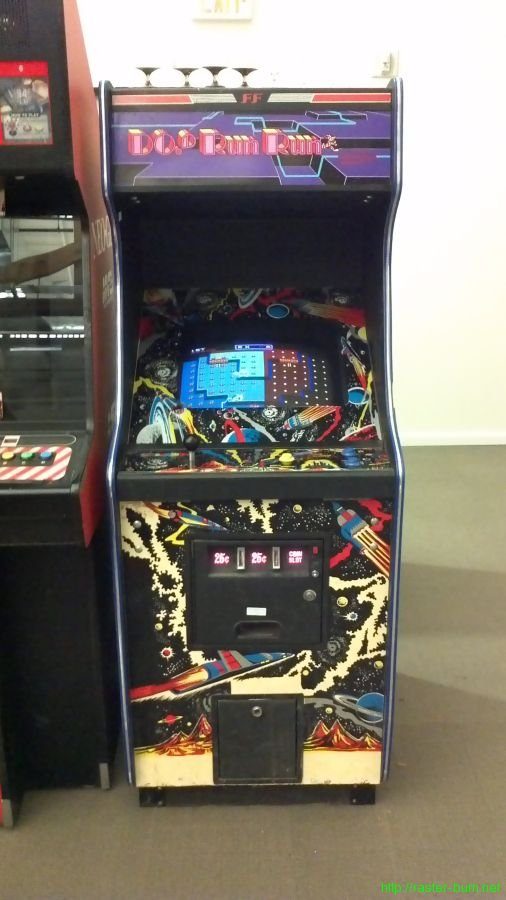 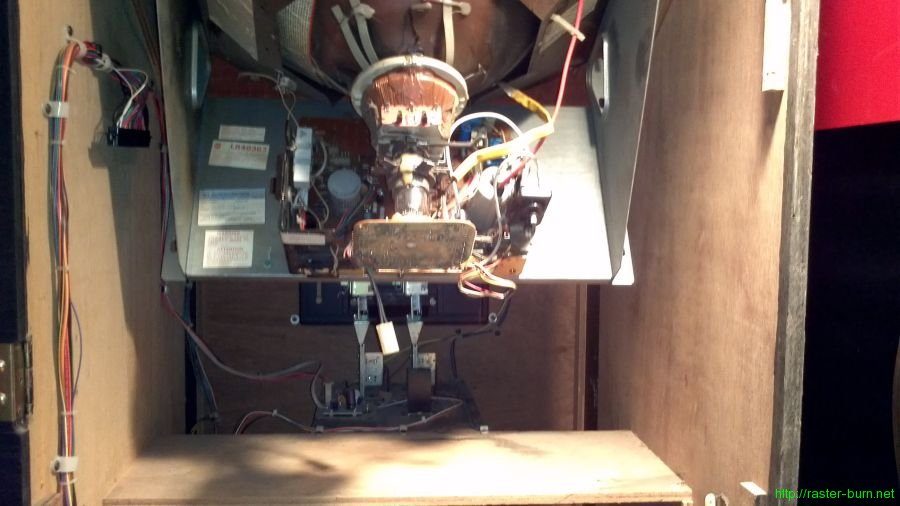 I had to pretty heavily modify the monitor shelf even to fit it horizontally. Looking at the mounting setup again I think the original monitor was mounted in there without a frame, and the chassis was just screwed to the little shelf below where the monitor sits. 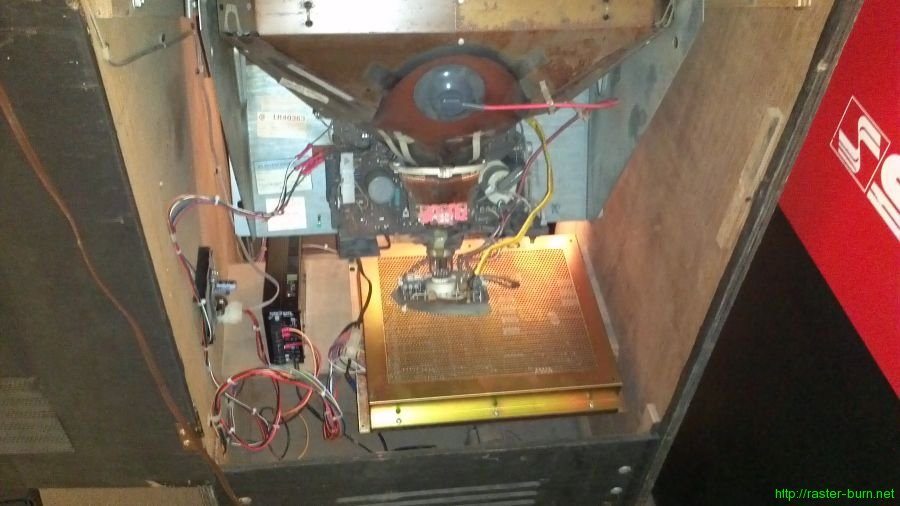 I wanted to keep the Electrohome G07 I was putting in fully intact, so I did a bit of rearranging. The PCB and cage had to come down since with the monitor frame in place there was no longer enough clearance on the side. I’m going to redo the butt splices in the video wiring later, didn’t have any heat shrink tubing on hand to do them properly today. 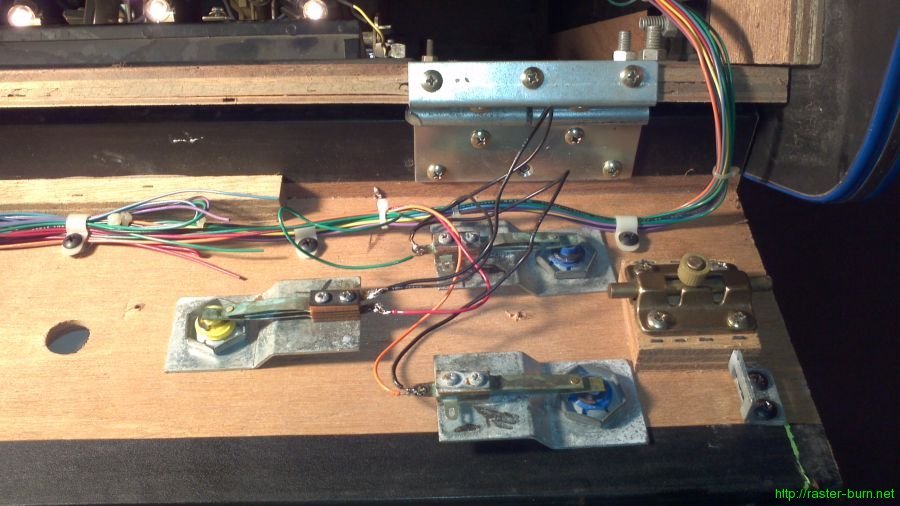 Also replaced the crappy one piece sealed buttons that came with the cab with the leaf switches that came in the converted Megatack cab and some less weathered buttons from a parts control panel. Installed some real control panel hold downs too since the holes for the slide latches were all messed up, feels much more solid now. 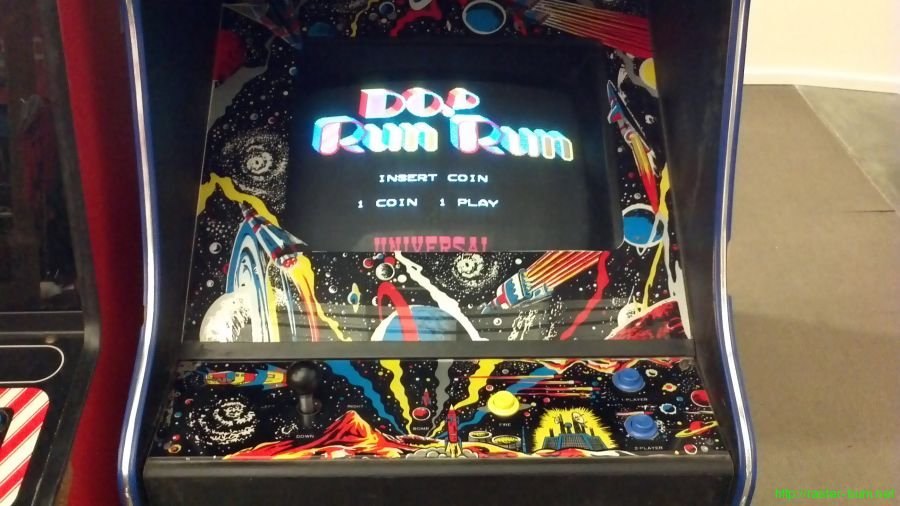 The game looks much nicer on a CRT. I’ve got it mostly dialed in but the width coil is broken on the chassis I am using so that adjustment will have to stay where it is.

This is a relatively minor repair but I thought I’d put a post up about it because of the parts involved. The Do Run Run I got this weekend came fitted with really cruddy quality components. One piece buttons that aren’t serviceable and a joystick set up with some really crummy switches. I also found it suffered from disintegrating microswitch syndrome, as the Frogger player 1 stick did.

The Mr. Do on the other hand had relatively nice hardware, if a bit weathered. All leaf switch stuff, which is preferable for many older games. I spent a couple hours today carefully desoldering the joystick and buttons from the Mr. Do harness and transferring them over. The joystick ended up being a bit of a rare bird. Here it is disassembled: 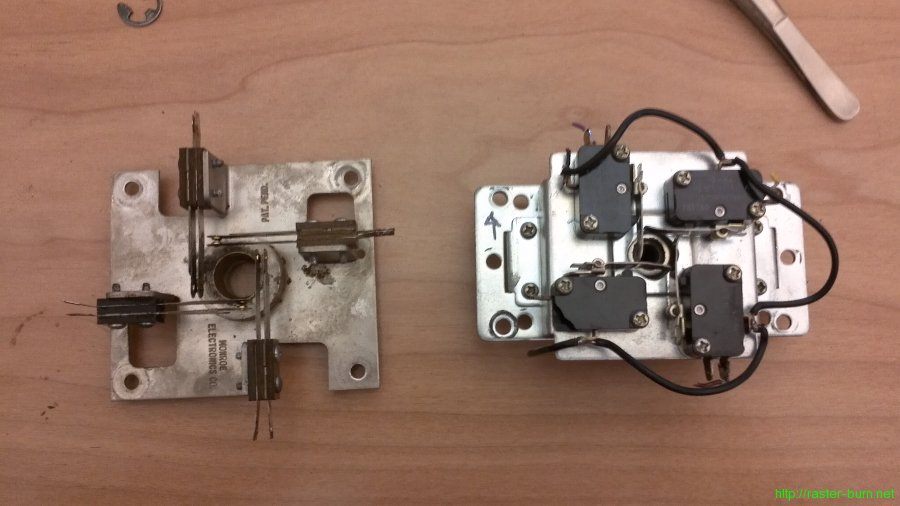 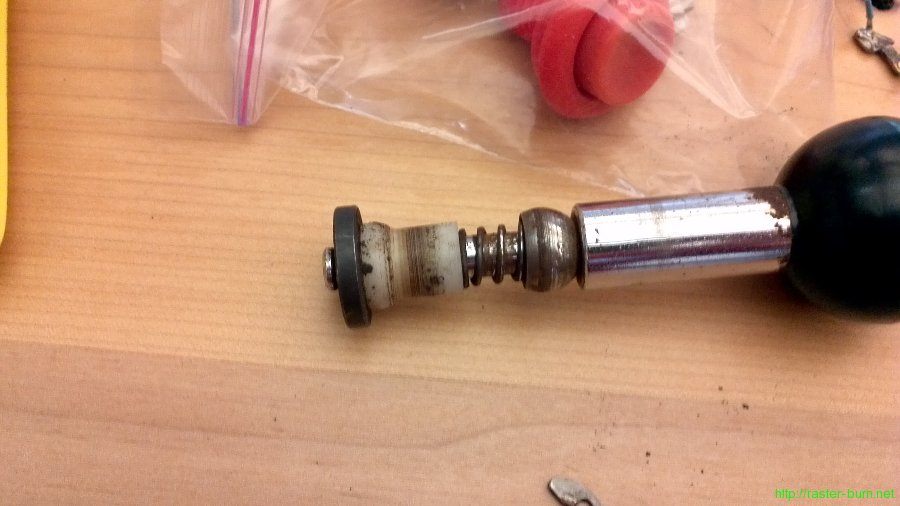 It’s a Monroe Electronics model (they’re still in business, but no longer apparently making anything video game related). Has some interesting characteristics, most notably that it uses an all metal ball joint instead of the usual rubber bushing thing. Once I polished off the built up rust and oiled it it actually took on a very smooth movement.

It also happens to be the correct model for games such as Gyruss, Rampage, and Time Pilot. Used prices seem to be in the neighborhood of $20-50 depending on condition, and the NOS examples that pop up from time to time go for $50-100. I was a little surprised to find it was worth more than the entire cabinet it came in. 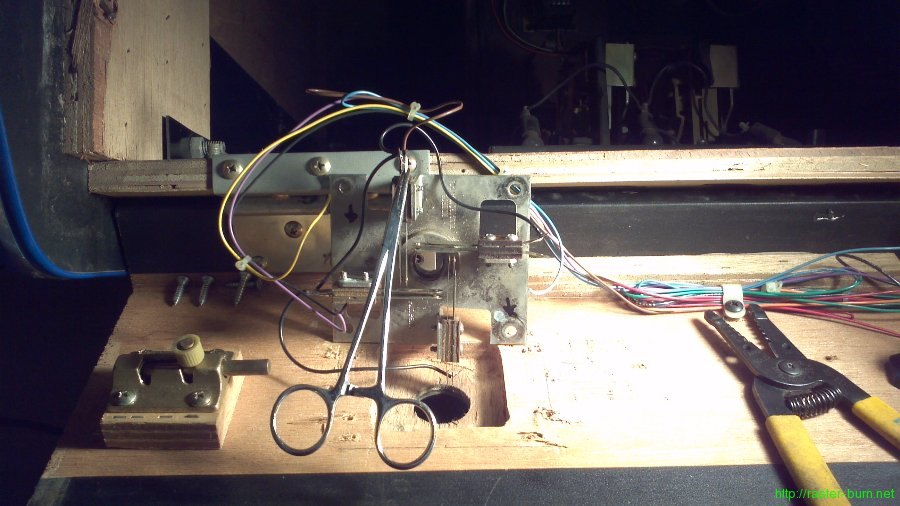 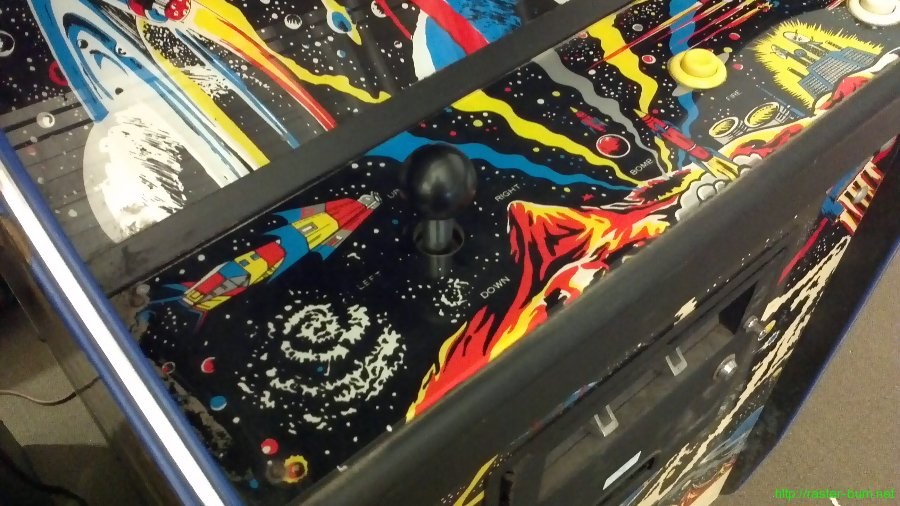 It helped out Do Run Run a lot, no longer sticks left and kills you at random :P Unfortunately the power supply gave up the ghost while I was testing and my spare seems to have issues too. I’m picking up a new one tomorrow but the sudden failure put a damper on things.

Also managed to find this (cropped from an ebay listing for a NOS stick: http://www.ebay.com/itm/Monroe-Joystick-NOS-for-Video-Arcade-Game-New-Old-Stock-Gyruss-Rampage-/310565134161) original instruction insert for the stick in question. 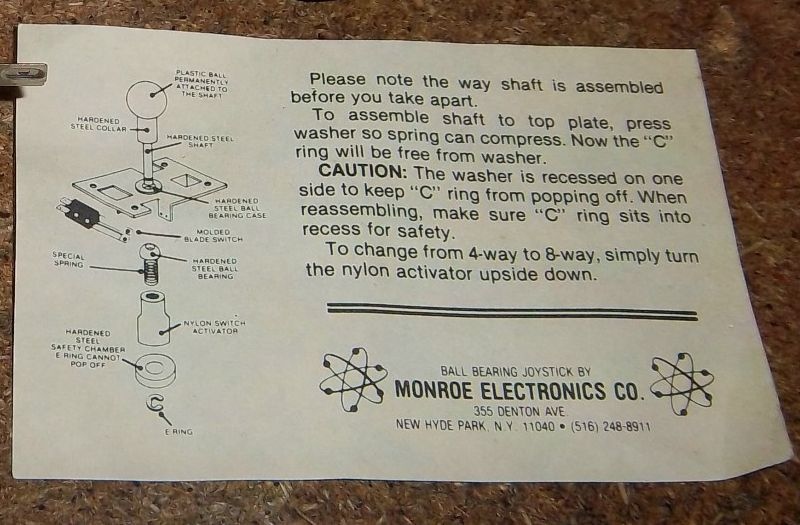 Might be useful for anyone looking for the correct way to put one of these things back together.

Today I traded my way into an unidentified but very nice cabinet that is set up with Do Run Run sans monitor. 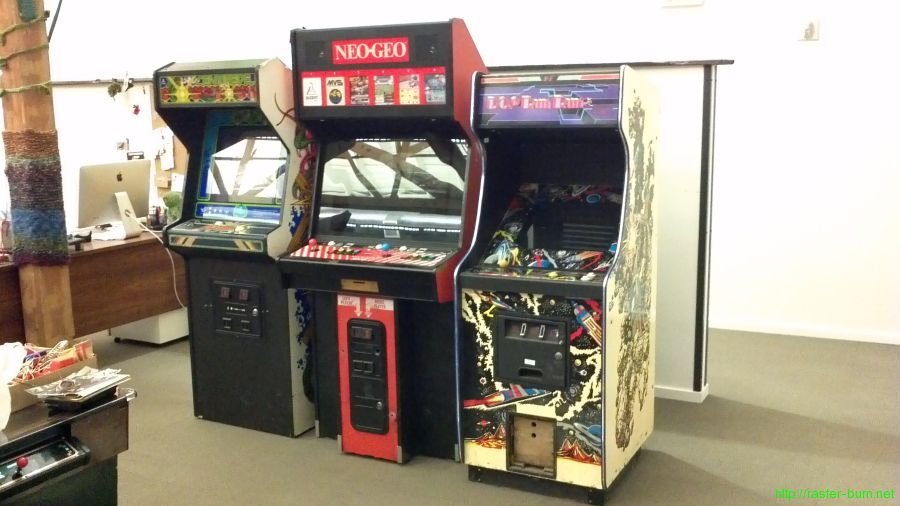 It’s covered top to bottom in neat but generic space themed art. The only identifying mark on the entire thing is ‘FF’ in the middle of the top marquee hold down bar. 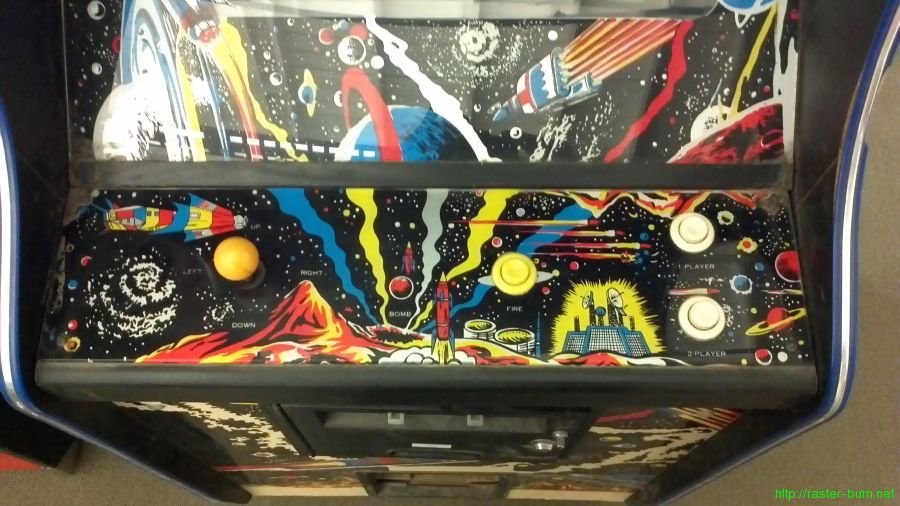 Control panel is kinda interesting, with another possible clue as to what game originally occupied it. It’s got markings and a cut out on the back for one more button, though the control panel overlay is uncut. 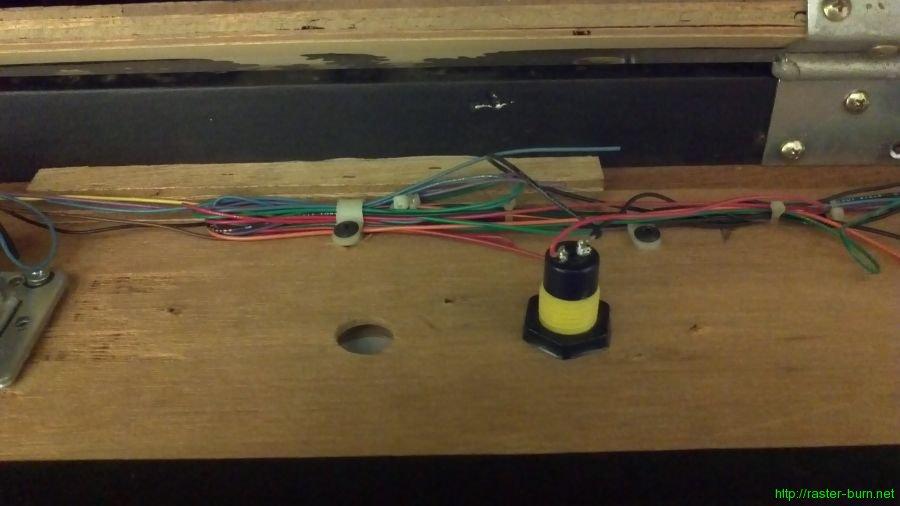 Oddly, the wiring harness is also provisioned for a second button, even though it seems to have been made for Do Run Run from the start. 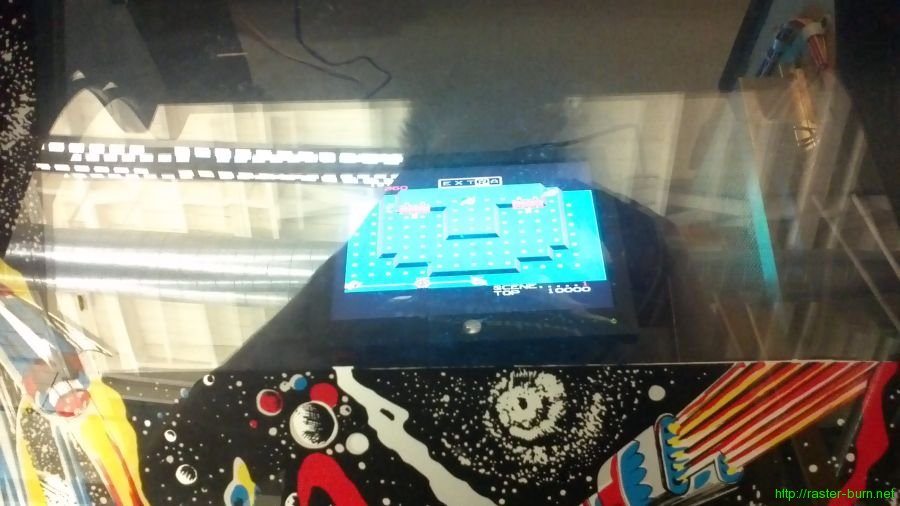 I dropped in my highly specialized test display and played a few rounds. Pretty fun game, but the controls need some attention. The buttons and joystick are some of the cheesiest components I’ve seen in a while and stuck with enough frequency to kill me about once every other round.

The cabinet itself seems designed for multiple possible games, and includes provisions for switching between horizontal and vertical monitor orientation. That means I can put the original Mr. Do in it too, and I took it as an excuse to rid myself of the rotten Megatack cab the Mr. Do hardware I have came in. 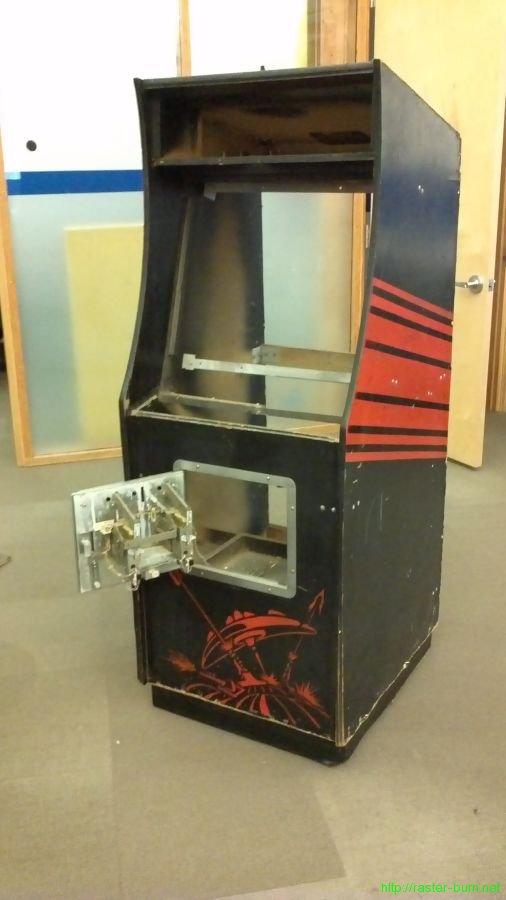 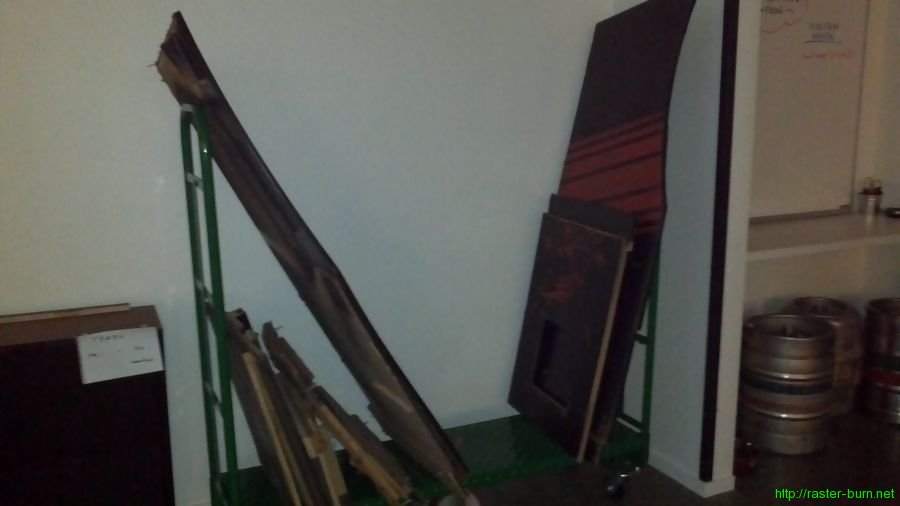 I won’t miss moving that waterlogged heap of MDF. 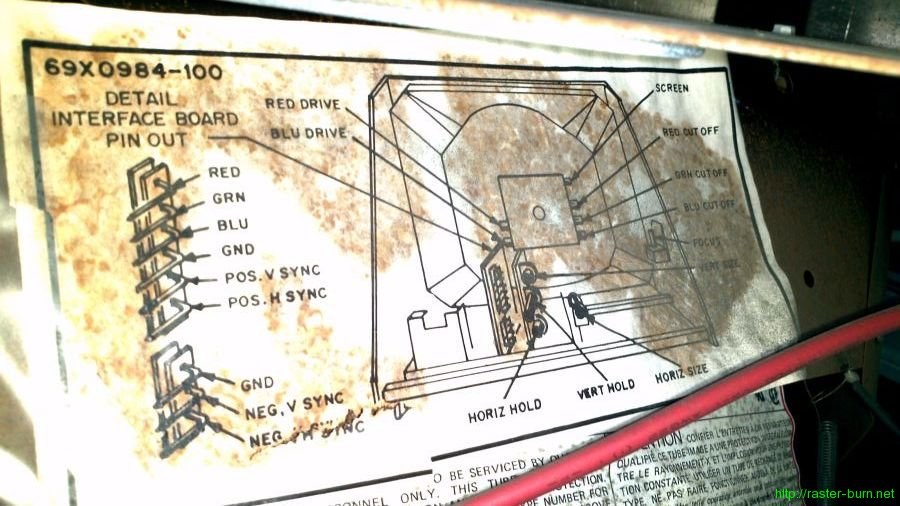 Bonus pic of the interface board pinout sticker on one of the monitors I traded for the cab, a Wells Gardner K4600 series. Label on the sticker is 69X0984-100, not sure if that relates to what type of interface card it corresponds to. The card itself was missing its identifying sticker when I got it. Figured I’d post it up regardless, since there seems to be precious little information about the different boards for these monitors available on the net.