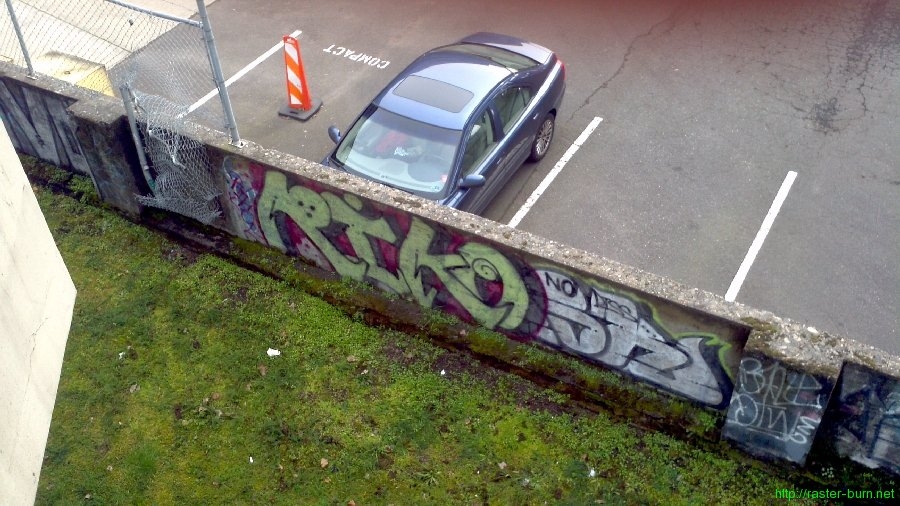 I seriously love having a high quality camera integrated into my phone. Took a walk into southeast to check out thrift stores and look for furniture at City Liquidators, and decided to take some photos along the way. Thanks to the miracles of modern technology, they came out with discernible details! 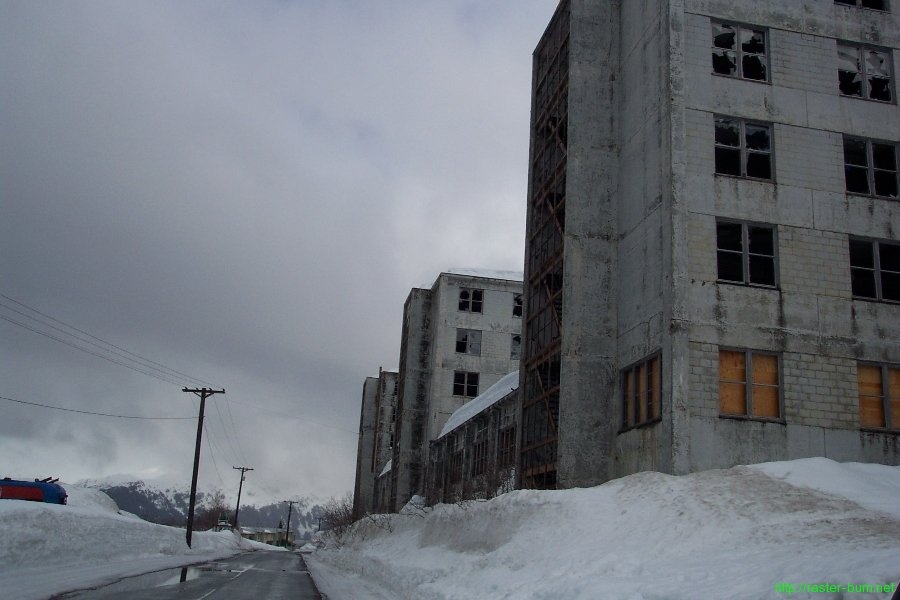 Man do I ever love this building.

I remember being fascinated with the Buckner building ever since I first saw it. When I was a kid, my family would periodically take a day trip out to Whittier, just to get out of town for a bit. We’d walk around the harbor a bit, have some diner food at what I’m reasonably sure is the town’s only year round restaurant, and see the sights, such that they are. I think the main attraction was supposed to be the natural beauty to be found surrounding the place, but my eyes would always wander to the monolithic ruin that dwarfs every other man made structure around it. 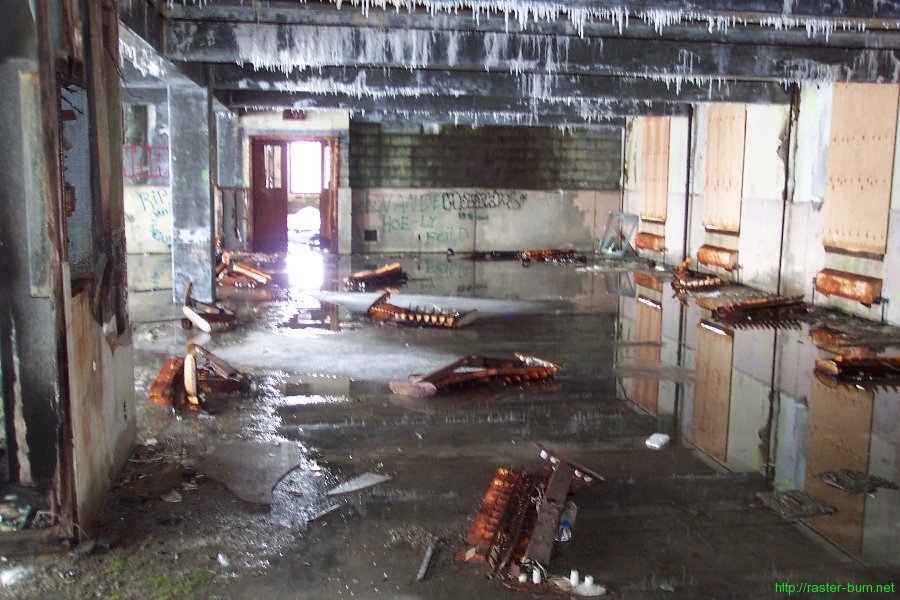 Finally, on one such trip, I convinced my dad and my brother to go in with me, just for a few minutes. My mom wasn’t at all up for it, but in this case the majority won and we pulled the family minivan over on the crumbling road that abuts the building. I grabbed my mini maglite and the dinky Kodak Easyshare that was the only digital camera we had at the time, and raced out the door to clamber over the snow berm that consumed the first floor and disappear into the bowels of the building through an open fire escape. 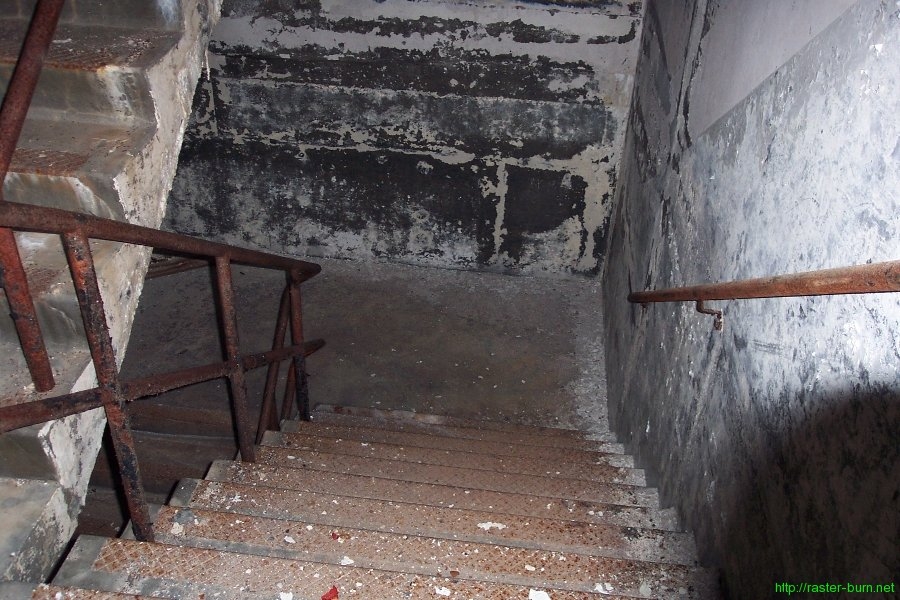 I eagerly sped through the debris strewn corridors and waterlogged rooms of the building’s massive interior, snapping pictures haphazardly as I went. The light I’d brought barely lit the way in the inner parts of the above snow line zones of the building, so the lower reaches eluded me. I’d barely begun to explore the daylit upper floor we’d come in on before the others caught up to me and suggested we might want to get back to my mother waiting outside. 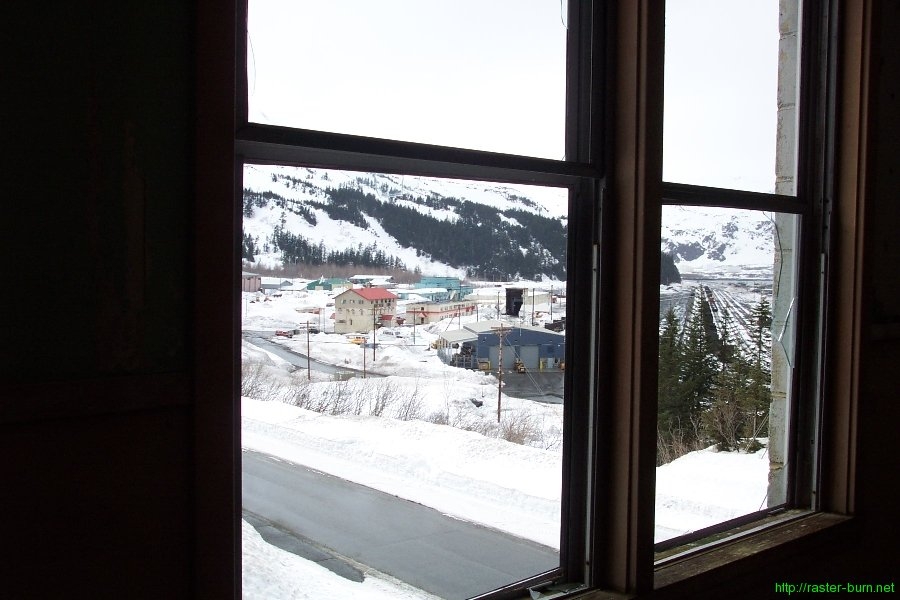 She was less than pleased when we finally emerged back out into the daylight, soaking wet and reeking of the ruin. Apparently her presence got some odd looks from locals driving by. Hard to be inconspicuous in a town of less than two hundred people I guess. 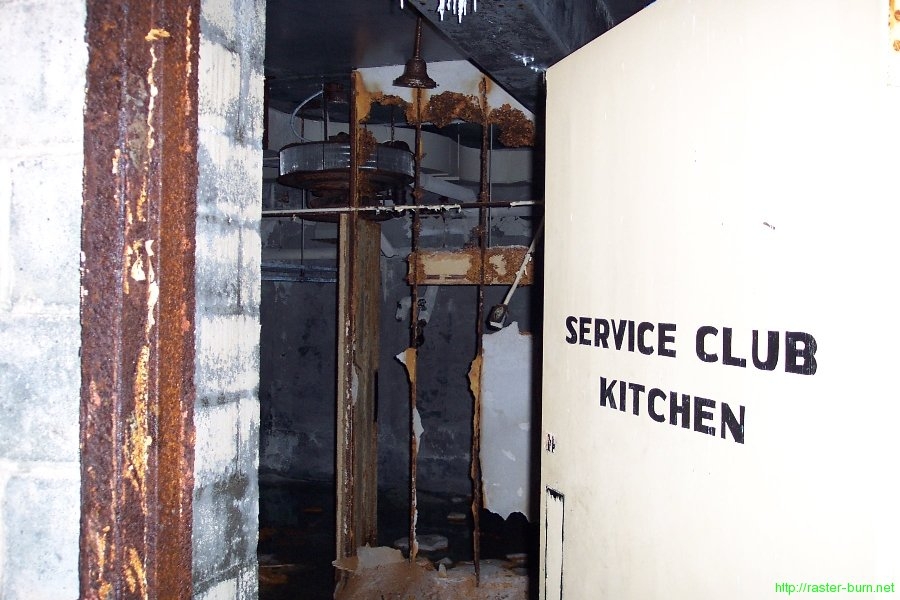 Back when I lived in Alaska I made a hobby out of exploring abandoned buildings, and the most plentiful and accessible tended to be those of the derelict military installations that dot the state. One of these is NIKE Site Point, one of three NIKE missile sites that protected the Anchorage area during the Cold War era. This particular set of photos is from a visit way back in 2005. 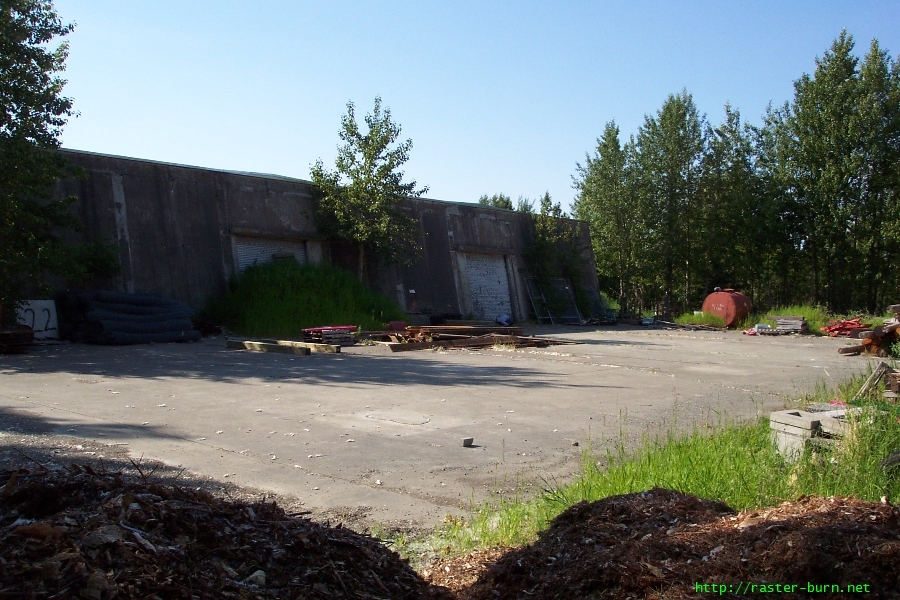 This site has largely been demolished, and the few buildings that still exist have been sealed up tight and/or repurposed by the municipality of Anchorage. The launch control and support buildings were all razed at some point, with only foundations to mark where they stood. What is left are several bunkers which once housed the missiles that the whole installation existed for. 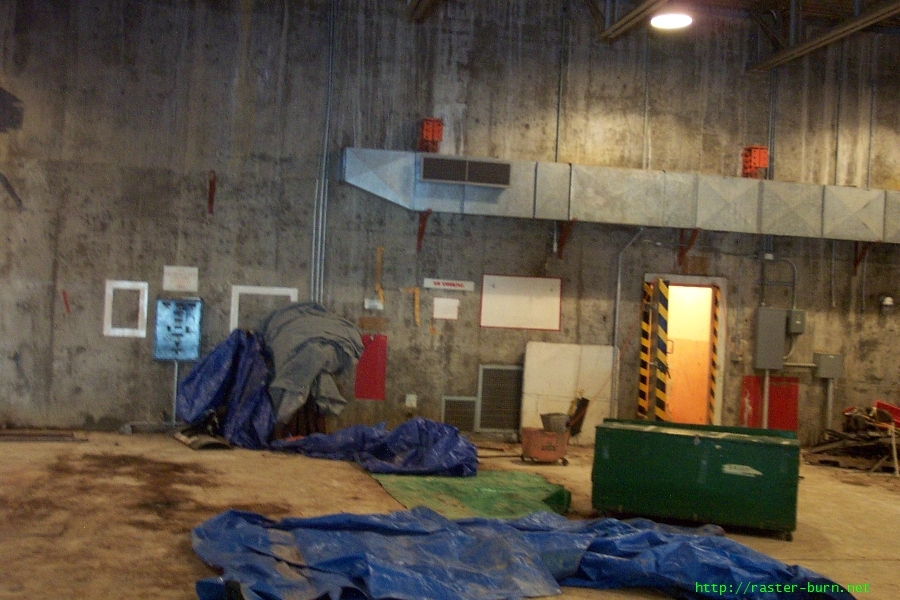 I had the good fortune to be taking pictures of the exteriors of them at the same time a municipal crew was opening one up to stow away some playground equipment in one of the bunkers now used for storage. I asked if I and my friends could have a quick look around and they obliged, so we took a quick self guided tour and I snapped this set. 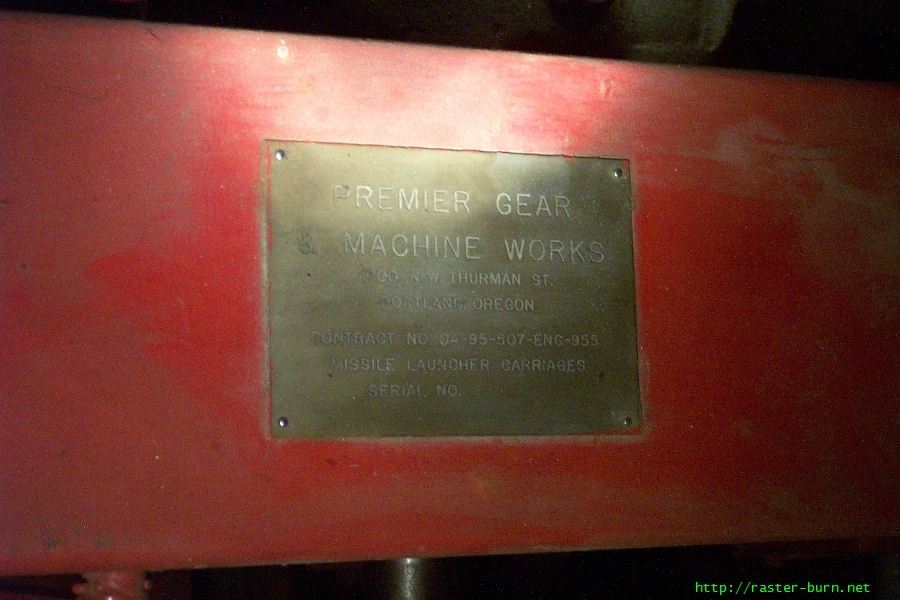 Going through them now, this nameplate on the equipment used to deploy the missile carriages onto the pad outside the bunker caught my eye. I took these pictures far before I knew much of Portland beyond its name. Now, I realize I’ve spent the past few years walking by the business that manufactured this stuff way back when. Premier Gear & Machine Works still exists on Thurman street. 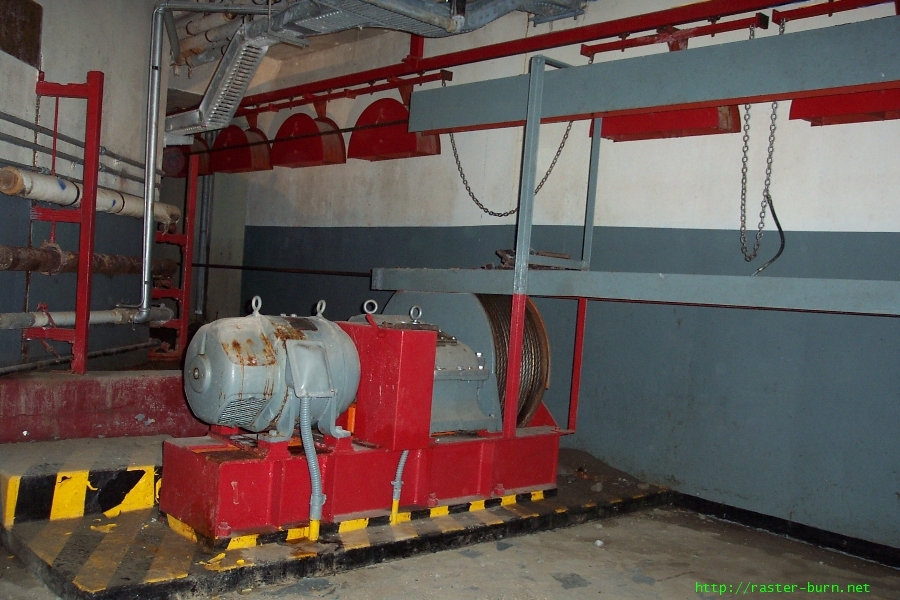 Unfortunately, I didn’t get a whole lot of time inside the bunker. I did manage to pick out a lot of details that aren’t present in the other sites which have been ravaged thoroughly by scrappers and vandals nonetheless. The parts of this NIKE site that weren’t razed are remarkably well preserved. Here’s the rest of the gallery: