Picked up some ragged projects with good bones over the weekend, both Bally Midway cabs. The first is an upright, an old black and white game called Gun Fight. Released in 1975 it has the dubious distinction of being the first video game in which you killed human avatars. 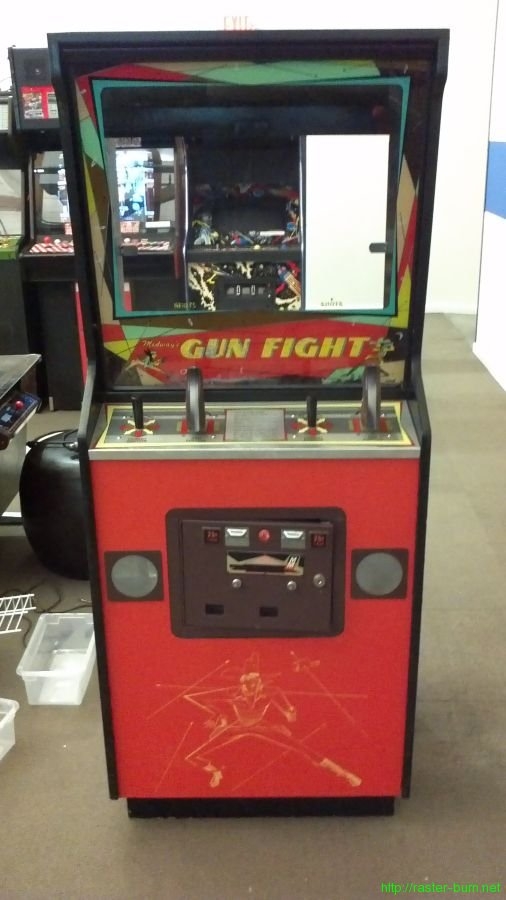 It’s in very nice shape, though it’s been a long time since any of the original electronics were inside. I grabbed it for $40, mostly for the coin door parts. 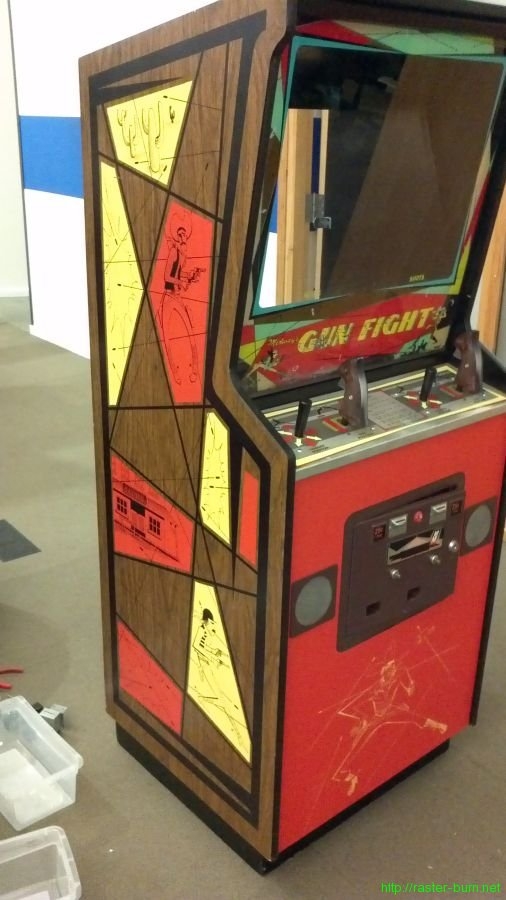 Despite outward appearances it was very thoroughly stripped on the inside, even the switches were removed from the underside of the controls. Finding the parts to restore this one would be both difficult and expensive. 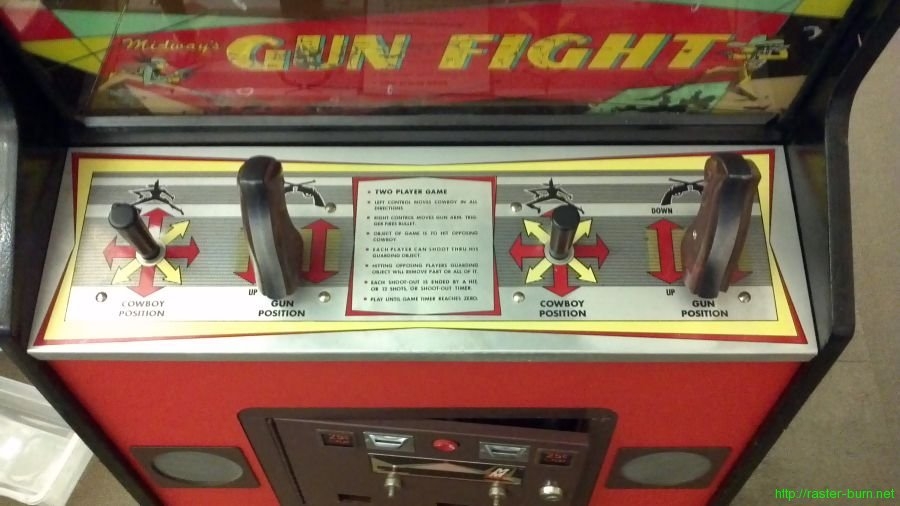 The art is outstanding and the cab is solid though. A normal color raster monitor won’t clear the back of the case when installed, so I’m going to end up using an LCD. I’d rather compromise on the type of display than have to hack up the wood any more. It’ll likely end up a multi-game, but at least it will stay in circulation instead of being chopped up. I don’t intend on destroying any of the art or drilling the original control panel overlay. 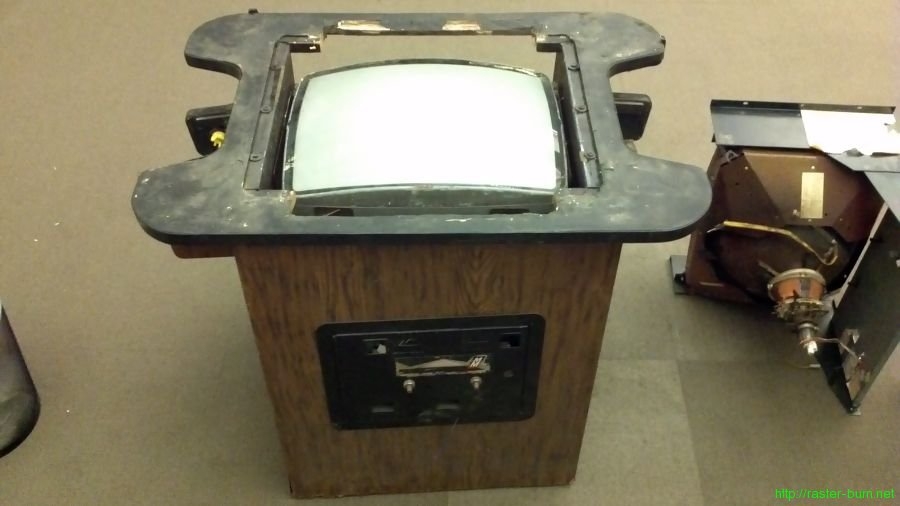 My other pickup was this sad looking little Midway cocktail table, a freebie (mostly, the price tag was taking away the necked Electrohome G07 tube that was mounted in it). 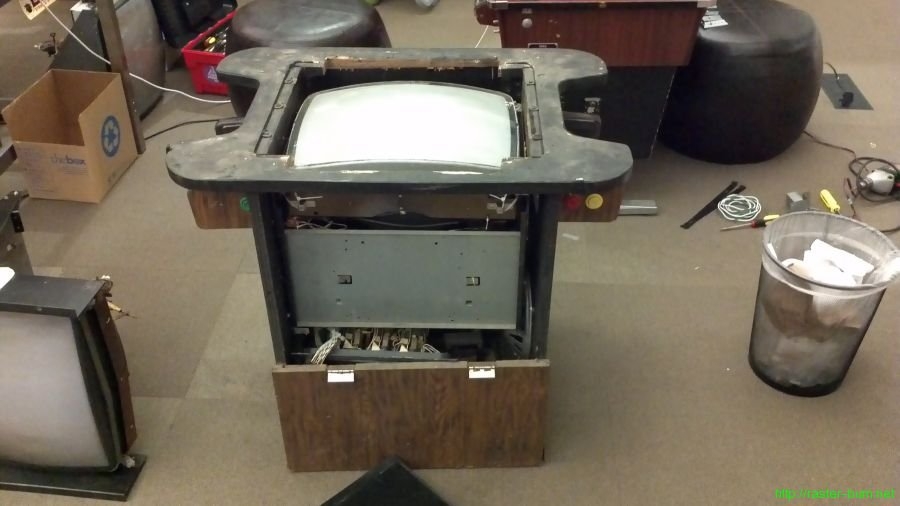 Came home in a few pieces, I spent the afternoon putting it back together again. 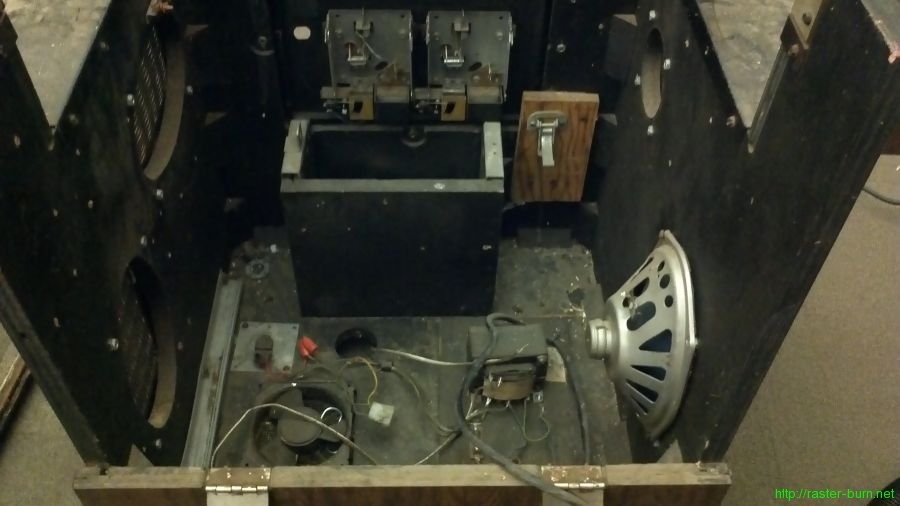 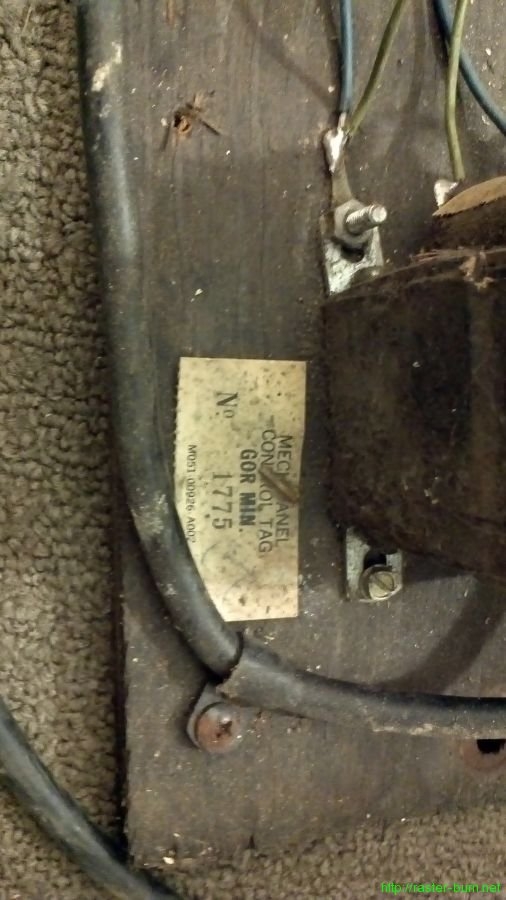 Gorf. That explains why it was converted! 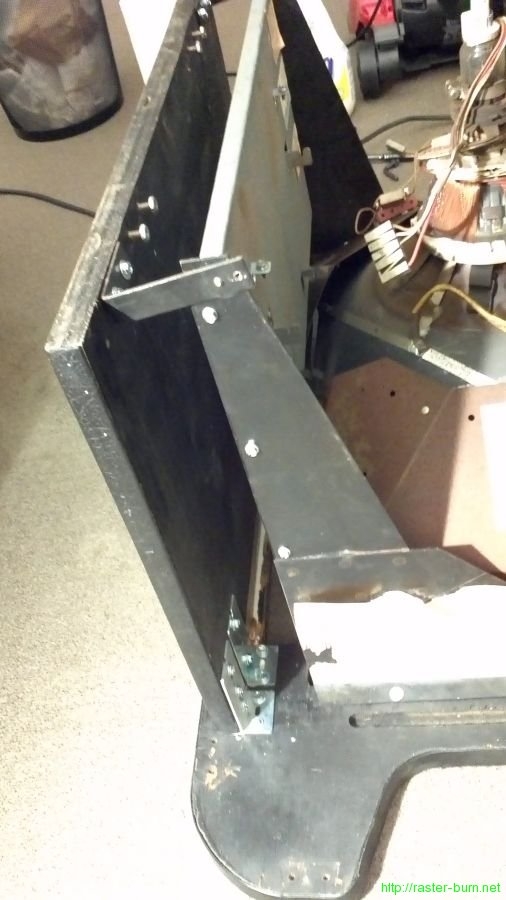 Glued the side back to the table top, and added a few brackets to brace it. Also installed a less messed up G07 I had handy. 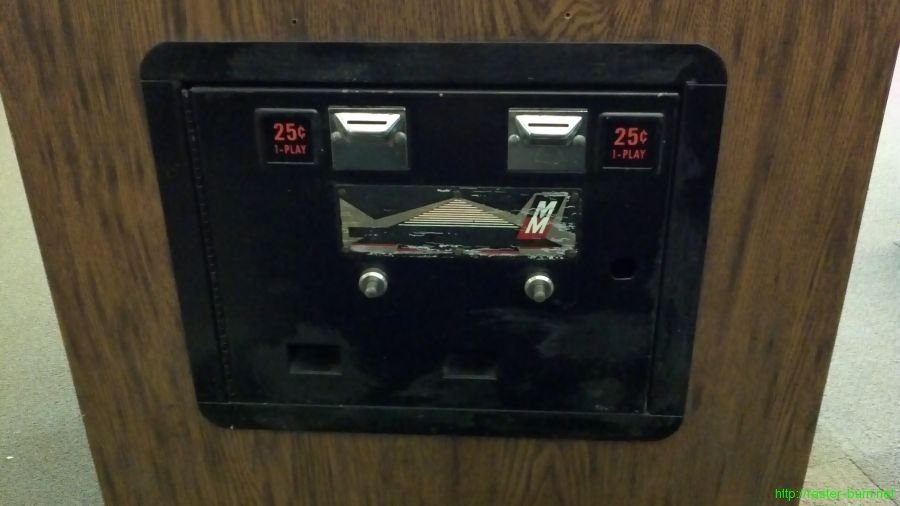 Repopulated the coin door with parts from the Gun Fight cabinet. 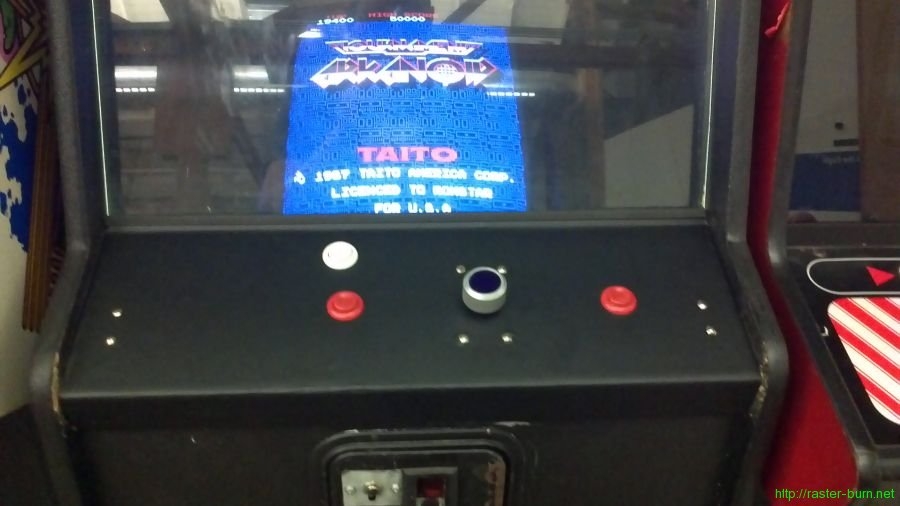 Cleaned up the Tournament Arkanoid control panel a bit too. New overlay from Twisted Quarter makes it way easier on the eyes. I need to get a piece of plexi to put over it since the metal panel is swiss cheese underneath due to multiple conversions over the years. 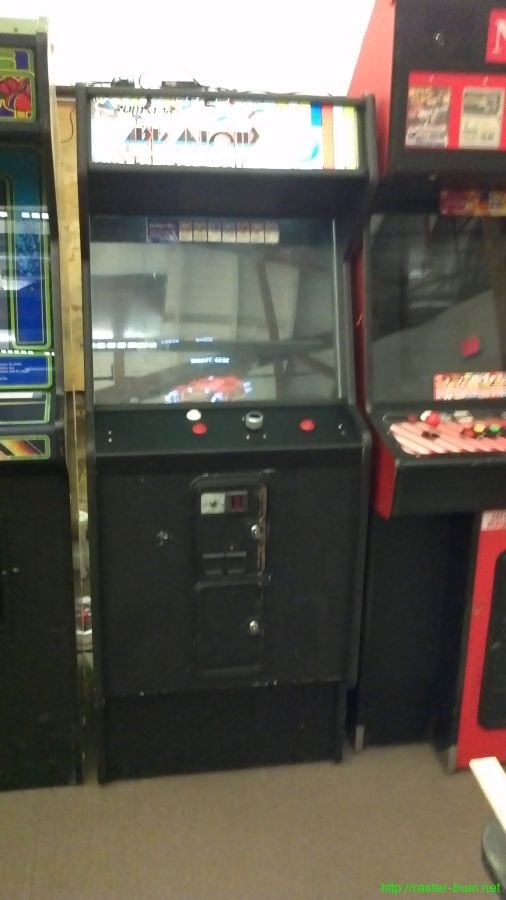 Things are a little off center since I wanted to use as many of the existing holes as possible. Not totally sure what I want this cabinet to stay as and modifying it permanently for a game that may only be in there a few months would be sorta dumb.