Way back when I frequented municipal surplus auctions with my dad. Among the many lots we picked up over the years were several pallets of fixtures and equipment from one of Anchorage’s high schools, removed during repairs performed following a fire and subsequent remodel.

There’s still a bit of it squirreled away, mostly mid-century relics dating to the school’s original construction. Among those, there’s several boxes of old Simplex slave clocks. These things all ran off a pulse sent out periodically from a master console. Pretty cool looking, but also not very useful on their own.

I’m converting one of the nicer examples out of the stash to use a movement out of an old General Electric 2131 kitchen wall clock. The GE unit was from the 70s, old enough to have a nice smooth-second-hand movement but new enough to have a hideous cheap plastic case with a supremely tacky design. So, I took its heart for the cause… 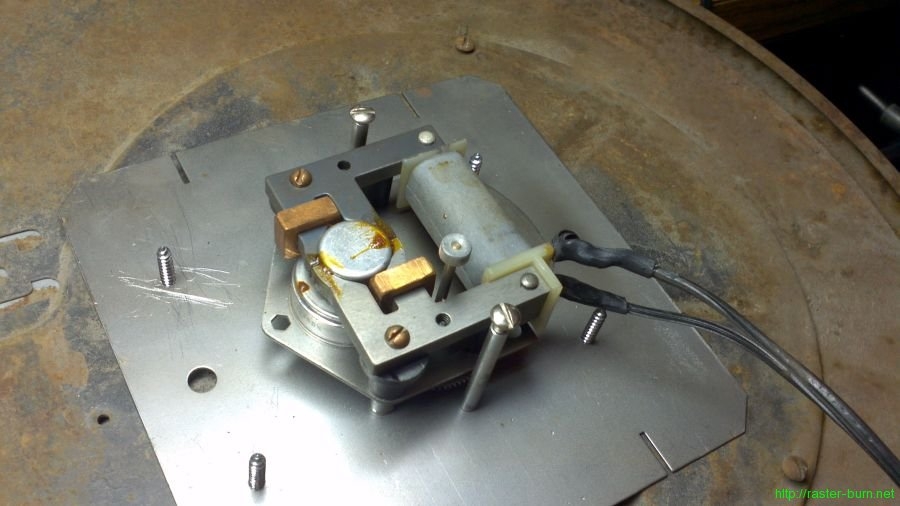 The movement went on pretty easy, just had to drill a few holes. 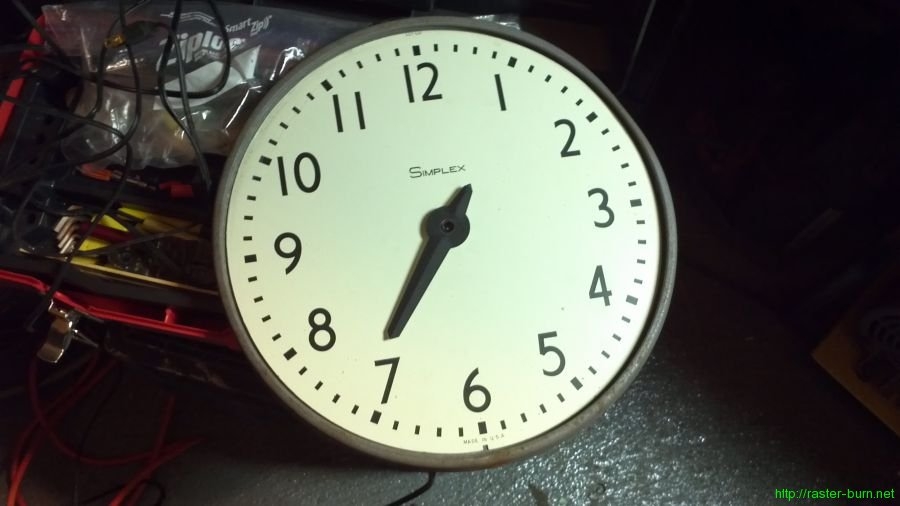 The hands were a little more complicated. The GE movement fit almost flush to the face in its original application, but the Simplex case is designed for a recessed movement with the shafts extended much further. 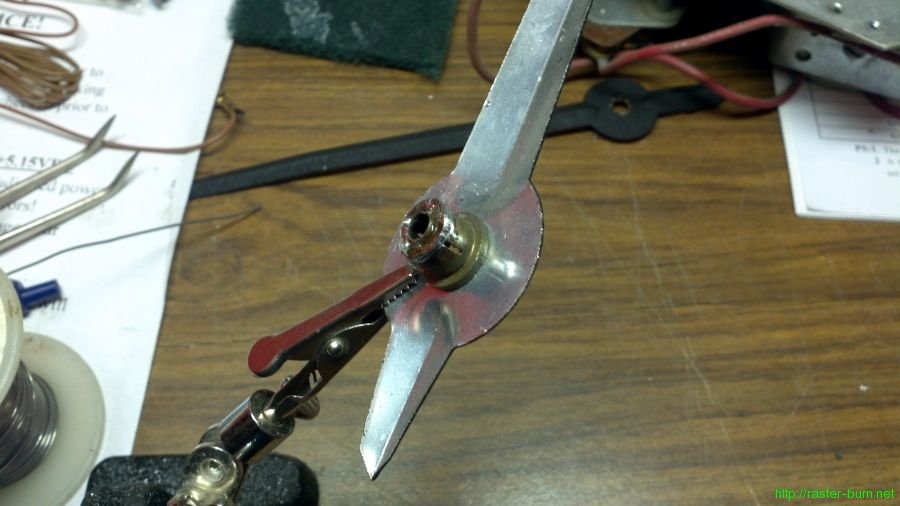 The hour hand had enough of an offset to work with, so I soldered the press fit base of the GE hour hand onto the end of the Simplex hand’s shaft and put it into place. 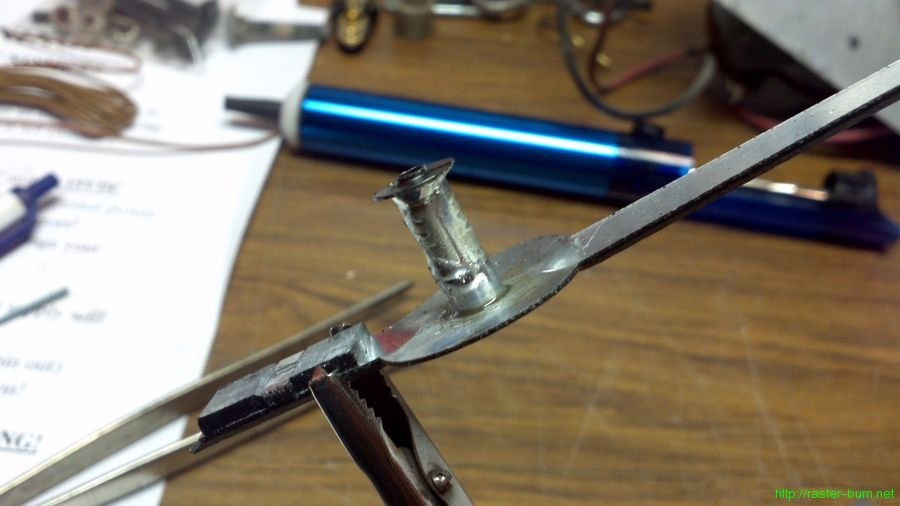 The minute hand didn’t have an extension fitted to it, so I improvised a bit. I pressed the core of a butt splice connector into the hole in the hand and soldered it into place, then soldered the press fit base onto the other end. I still need to grind down the press fit part a bit so that it’ll clear the middle of the hour hand and fit into place.

Was too late to break out the Dremel and grind it down tonight, so part 2 and final assembly will have to wait ’til later.